Audio is often a major issue for low-budget films. While you can shoot perfectly decent visuals on the cheap, getting dialogue to the same level requires actual technical skill. This matters, since few things derail a movie quicker than muffled sound, which your audience has to strain to make out. It therefore might initially appear sensible to craft your movie in such a way as to minimize the amount of dialogue. However, The Redneg is Exhibit A, that this can end up creating as many problems as it solves. In particular, you have to find other ways to tell the story. Here, this involves reading the damn synopsis, because it provides a great deal more information than the film does, especially in regard to the setting:

The Redneg takes place in the near future, in a fallen world after a devastating world war between woman and man. Only one percent of the world’s population has survived the war and most of them are women. The few surviving men are being killed or captured by female groups, driven by the vision and the determination to build a new world, ruled only by women. 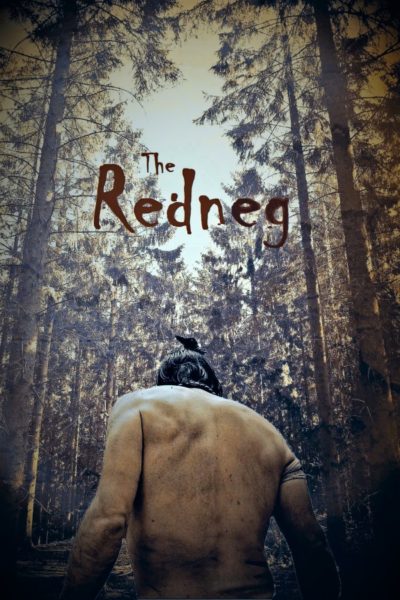 So, not just the “prehistoric running around the woods” movie it appears to be, then? Noland (Sakima) lives in said arboreal environment, which is apparently somewhere in Scandinavia, going by the languages being spoken. His wife and son are dead or separated – like much else here, it’s kinda vague. He is captured by a tribe of women under Tamara (Treschow). Escaping, he makes his way through the forest towards the sea, with Tamara and her sisters in… well, let’s say lukewarm pursuit, since they drift away entirely in the middle of the movie. Instead, you get what this chooses as its replacement for dialogue. Which would be, endless sequences of Noland wandering through the trees, with his shirt off. Or occasionally, for variety, Tamara wandering through the trees, though sadly with her shirt on.

After the apocalypse, food and weapons will be in short supply. Sadly, going by Noland, the manbun was not one of those modern things to be wiped from existence. Less sarcastically, we’ve seen elsewhere the struggles of films without dialogue. If you’re going largely to eschew it, you need a strong visual style in compensation, and Ziann doesn’t. His direction is purely functional: the camera is here, pointing at what’s happening over there. Under more normal circumstances, this would be bearable, but when there’s little dialogue to which attention needs to be paid, shortcomings elsewhere become more obvious. It’s about 20 minutes before Noland is captured, and my attention span was already sorely taxed by that point. Nor does it have anything particularly interesting to say about its subject matter. The title is “gender” backwards, implying a role-reversal. Yet, except for Tamara delivering a couple of quite short rants about that new world order thing, there’s no exploration of the topic. The ending is very much “That’s it?”, and sadly, the same must be said about this movie as a whole.