There’s something to be said for making a film based on what you have. And in the case of the Watts brothers, what they had was a 17th century domicile, Freswick House, located way up in the North of Scotland – less than five miles short of John O’Groats. This had been bought by their father and the siblings were brought up there. It certainly makes for a fine backdrop, in a part of the world very rarely seen on film. Apparently, the last movie even partly shot there was 1947’s The Silver Darlings, and that was exteriors only. This does everything on location, which is quite a challenge for the brothers’ feature debut, and deserves applause. 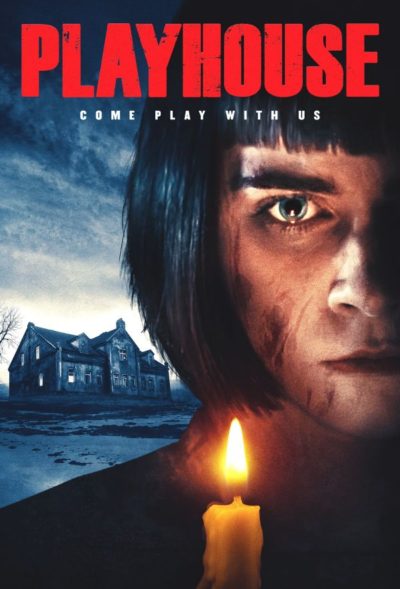 More problematic is the decision to avoid obvious scares, in favour of generating atmosphere. While perhaps laudable (even if I’m certainly not in the camp that gets sniffy about the subtler wing of horror), it’s an approach which is definitely harder to pull off than jump scares and axes to the forehead. For the results here are, put simply, not scary or disturbing in the slightest, and in a horror movie, that’s close to a fatal wound. It’s about English “horror-preneur” Jack Travis (Holstead, looking like a cheap knock-off of Alan Cummings), who takes over the house with the aim of creating an interactive theatrical experience there. His daughter, Bee (Courtney), is dragged along, much to her teenage chagrin.

Turns out there’s a legend attached, of a maid knocked up by a previous owner, someone interred alive in the walls, etc. Bee succeeds in waking the spirits, and it’s not long before Jack has basically turned into a Scottish version of Jack Torrance in The McShining, as his horror ambitions become close to home. Conveniently, a descendant of the maid, Jenny (Mackay, a school pal of the brothers before she became an actress), happens to be nearby, clearing out a relative’s cottage, and so is able to provide background information and help, as things go from weird to bizarre and onto downright perilous. Or, at least, somewhat perilous: as noted, this seems an advocate of the “understated” approach, to the point where it hardly felt anyone was ever at risk.

The story also suffers from a bit of an awkward shift of focus. It initially looks to be about Bee, but she almost vanishes from the second half entirely, with Jenny taking centre stage, as Jack descends into near-madness (or, again, a low-key version thereof). There’s a bit of soap opera stuff, with her husband (Rottger) not too happy to be there either – hey, I can related, having moved away from the North of Scotland close to 35 years ago. But it never gels into anything much more than a well-staged bit of fluff. Amusingly, it managed to get a theatrical release in Russia, as Cursed House 4. [Apparently, Cursed House 2 was Girl on the Third Floor] Droves of Russians will no doubt be heading for Caithness to take in its spectacular sights. Or, they could just go to Siberia, where the summers are likely better…