I should probably have known better, between the title and the fact that this was released in China on the 20th anniversary of Hong Kong being handed back to them. For it’s fairly relentless in its positive portrayal of the Chinese, depicting their brave struggle against the evil Japanese occupying forces (and, weirdly, some Indians?) in World War II. It doesn’t take much to see the Japanese as stand-ins for the British empire, from whose “occupation”, China also liberated the colony at the end of the 20th century. Events in Hong Kong since its release cause me to see that take from a rather sceptical location – I guess not all rebellions are created equal. The title, in particular, comes over as more thinly veiled threat. 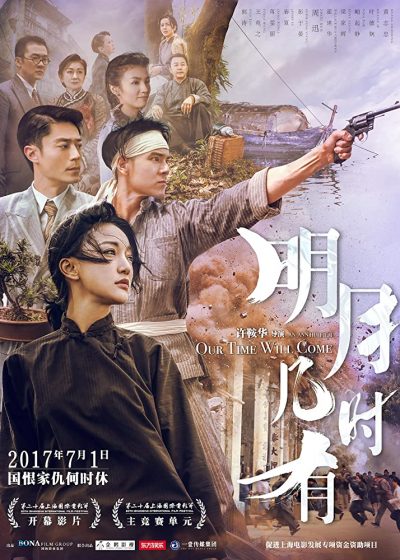 The main character is Lan Fong (Zhou), a landlady who finds herself drawn into the resistance after she helps one of her tenants, writer Mao Tun (Gao), get spirited out of Hong Kong. Much against the initial wishes of her mother, Lan becomes steadily more involved. She even recruits Mom to help courier messages, with tragic results. In its conversion of a neutral into a true believer, it’s really just a somewhat more subtle version of Cuban Rebel Girls, albeit with considerably higher production values and performances. On the other hand, it is also about an hour longer, making it the Communist propaganda equivalent of being stuck in traffic.

Can’t argue with the period atmosphere, the set designers doing an outstanding job of recreating 1942 Hong Kong. There are a few scenes which do have some tension, like the one of a teacher forced to prove his credentials by free-styling a classical poem in ten seconds, on pain of death. But they are few and far between, especially given the lengthy running-time, and Hui provides no sense of escalation or build-up. It even takes close to an hour for the story to decide it wants to focus on Lan. It’s then mostly the unexpressive heroine, trudging dutifully from one situation to the next, and the film doesn’t so much end as peter out. If this was really what war is like, boredom seems a greater threat than an enemy bullet.

This is less a war movie, than a personal drama of the art-house kind unfolding against the backdrop of an oddly low-energy war. Which is fair enough: it’s just not what I was wanting. Had I been aware of this, rather than reviews calling it a thriller (suggesting the need for some heavy recalibration of certain critic’s genre meters), I likely would not have bothered. I wanted considerably more derring-do, and considerable smaller slices of everyday life. This kind of thing is what Hui does and I knew that going in. But I’m always prepared to give a film-maker a chance – if I’d gone purely by directors’ previous output, I’d never have seen Crouching Tiger. A second chance though? Yeah, that’s probably going to take a while.