There’s something to be said for a simple, straightforward and unpretentious movie. One which has no great ambitions, isn’t particularly innovative, yet succeeds in what it sets out to do, and does it well. This sequel to Ninja is an example. The most affected thing about this is its title. I mean, can tears have shadows? What was wrong with a more traditional name, i.e. Ninja 2: The Ninpocalypse? But once you get past that, you’ll find this a blast. 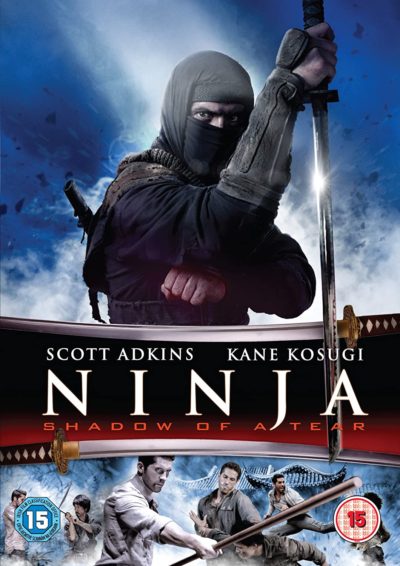 Casey Bowman (Adkins) has settled down in Tokyo with pregnant wife Namiko, and life is idyllic. Until, that is, he comes home one night to find her murdered. Based on the method of her killing, old pal Nakabara (Kosugi), teaching in Thailand, points the finger at Myanmar drug-lord Goro (Sugata). He had a grudge against Namiko’s father for killing Goro’s brother in a martial-arts duel, and vowed to take revenge, no matter how long he had to wait. So Casey has to find Goro’s jungle lair, beginning with perilous inquiries in Myanmar. Don’t forget, at this point it was still a genocidal regime ruled by a military dictatorship. Rather than, as now, a genocidal regime ruled by a Nobel Peace Prize winner. Oops.

This feels like a predecessor to John Wick, with which it shares that elegant simplicity. Kill a man’s wife or his puppy – expect to pay. Here, Nakabara even drops in the old proverb about revenge and digging two graves. Casey replies, “You’re gonna need a lot more than that,” and he’s not wrong. I’d estimate Nakabara is off by at least a factor of 10. Rather than head-shots, it’s mostly up close and personal for the hero here; it’s all phenomenally hard-hitting stuff. Even a practice session in Nakabara’s dojo packs a wallop which would make it a standout in the majority of martial arts movies.

Here, it probably doesn’t make the top five scenes. There’s the bar-room brawl. The battle in an enemy dojo. Or the pair of fights against two Japanese muggers – who clearly learned nothing from the first ass-whupping. These are all before Casey even gets to Goro’s lair. It’s not just Adkins who deserves praise, though there’s absolutely no disputing his talents. I really appreciated the clean and clear way this was assembled, by director Florentine, cinematographer Ross W. Clarkson and editor Irit Raz. The camera is kept far enough back to frame the action, and – this may be difficult to believe – entire seconds pass without a cut during the fight scenes. As it should be, the rhythm is determined by the actors, not imposed on them in the editing bay.

The results are all the better for it. They  more than make up for the clichéd script, with elements which go nowhere of significance, such as Casey’s home-brew assembly of ninja weaponry. On the other hand, I must admit to being genuinely surprised by a late twist, setting up the climactic barbed-wire garroting. And finally, while working on this review, I browsed a selection of the Google opinions on it. Although they were mostly the usual selection of banalities, I did find this:

I really cannot summarize the movie better than that.