This got off to a questionable start. Firstly, an opening screen stating, “For a better experience, adjust the brightness of your screen to see the 3 lines of gray stripes.” Then an apparently proud statement: “The video presented here has not undergone any post-production processing. It’s the original footage. No cut and no editing.” Oh, really? Here’s an idea. Rather than requiring the audience to adjust the brightness on their TVs, why don’t you do your fucking job as a film-maker and deliver a watchable product? Stop being so goddamn lazy. Add in that this is in the deceased equine subgenre of horror, found footage, and a C- grade is actually something of a recovery. Still not great though. 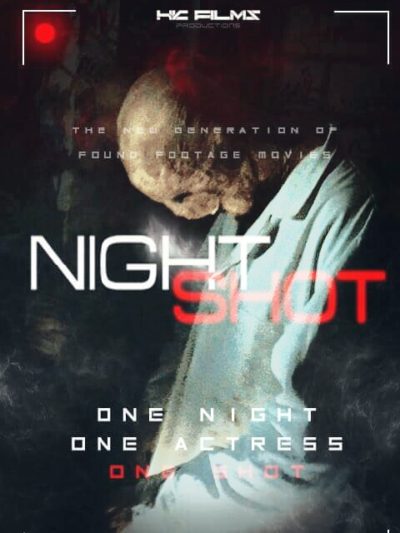 The gimmick here is that the film unfolds in one take, and it is to the makers’ credit, they pull this off fairly seamlessly. The set-up has an urban explorer, Nathalie (Couturier) and her unseen cameraman, live-streaming their exploration of an abandoned sanatorium deep in the woods near the border between France and Germany. Initially, it’s just the usual graffiti-covered walls and mindless destruction. As the pair get further into the facility, it begins to seem that they are not alone. It begins with noises off, escalates to doors that close by themselves, a random ouija board, blood spattered on the floor and photos of themselves entering the building. Making matters worse, they aren’t able to make their way back to an exit, instead finding themselves deeper and deeper inside the maze of similar looking corridors and rooms.

In related news, The Blair Witch Project turned 23 in January. At the time of its release, I wrote “Perhaps the scariest thing is the inevitable flood of imitations it’ll provoke.” Well, here we are, more than two decades later and they’re still showing up, with more or less the same escalating structure and resolution. At least the cameraman here does a decent enough job of keeping his equipment level and stable. Though the black and white cinematography (another crib from Blair Witch) is nothing but an affectation, as is shown when the film switches briefly into colour, purely so we can appreciate the blood on the floor.

Part of the hook is the social media aspect, yet unlike Deadstream, this isn’t particularly important. Save a couple of requests by Nathalie to leave comments, there’s no sense of interaction with an online audience. Couturier does make for a reasonably sympathetic heroine, and there are some effective wrinkles to her character which get revealed over the course of the movie. Yet for someone apparently au fait (as the Frenchies say) with spiritualism, she seems remarkably easily spooked – pun intended – going from brave urban explorer to snivelling wreck at the drop of a creepy doll. Add the usual tropes of cameras being held onto, well beyond the point at which they would be dropped in order to leg it, and you’ve got something which feels 20 years past its sell-by date.