An Italian theatre company are touring the Middle East, performing at military bases in the area. Their bus is pulled over by armed men, and the members of the troupe drugged. They wake to find themself in captivity, apparently the prisoners of a group called the Revolutionary Army, who are using them as leverage for their (somewhat murky) demands. Back in Italy, the struggling television station Channel One is approached with an offer by the kidnappers, giving them exclusive rights to a live-stream of the hostages in their prison, in exchange for a split of the advertising revenues, which will result from the channel’s increased ratings. Despite qualms – not to mention complaints from as high up as the Vatican – the station head accepts. The question is, is the kidnapping and what surrounds it, as it seems? 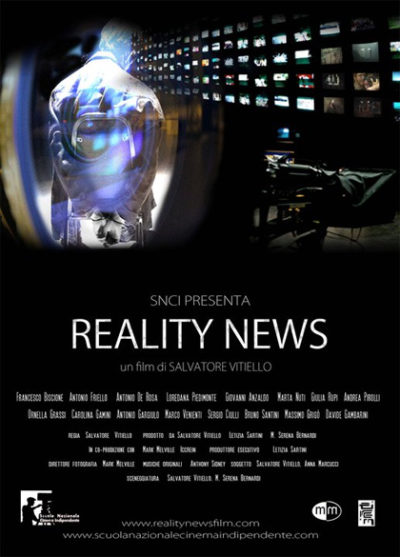 I was drawn in by the concept here, which is well ahead of its time, in terms of depicting a morally bankrupt media organization, prepared to do whatever it needs, to get viewers watching. No shortage of those around in the 2020’s. You know who they are. However, the execution here is considerably less effective, to the point that it largely becomes boring. On the hostage end, they fall apart over trivial things like toilet paper (again, this could be seen as almost predictive!), in a way which lacks much plausibility. Had personal issues been established prior to the kidnapping, it would have made sense for these to be exacerbated by the situation in which the troupe find themselves. Instead, it just seems to be written off as fiery Italian temperament.

Meanwhile, not enough is made of the media side for this to work as satire: it’s largely toothless in this department. I did like the way the station smoothly pivots from exploiting the kidnapping to exploiting its perhaps non-authentic nature, with equal alacrity. If I’d been writing the script, I’d have had some kind of mole embedded in the hostages, working for the TV company to encourage personal drama and other ratings-grabbing activity [we’ve seen Big Brother: sex and violence are clearly what the people want to see]. Short of some vox-pop interviews, you never get much sense of the supposed media firestorm; it feels the budget here is on the short side of what was needed.

Then there’s the underwhelming – to the point of being little more than a wet bowl of undercooked pasta – way in which this ends: it definitely poses more questions than are answered. I must admit, I can’t say I was particularly surprised either, as I had my suspicions about how things were going to go down, almost from the beginning. Mysterious missing time experiences are typically an indication of shenanigans. Let’s just leave it at that. Still, after a disappointing movie, I can’t say I’m surprised it wasn’t able to wrap things up in a satisfactory manner either. Reality bites, as they say.