“It was a dark and stormy night” has become a bit of a cliche, since first being used by Edward Bulmer-Lytton for his novel Paul Clifford, back in 1830. But it’s entirely accurate for this film, whose original title translates as “During the storm” [I’ve no clue why it was changed; while the relevance of the new title eventually becomes clear, it’s fairly tangential] This begins in 1989, during an epic thunderstorm., when 12-year-old Nico Lasarte dies after discovering his neighbour had murdered his wife. Decades later, the storm recurs, and a freak event takes place, opening a time portal between then and 1989. It allows current resident of Nico’s house, Vera Roy (Ugarte), to talk to the boy. Knowing his fate, she succeeds in changing it. But that’s not all that changes. The neighbour got away with his crime, while Vera is now a neurosurgeon, but is no longer married and her beloved daughter doesn’t exist. She needs to find Nico in the present day, and get things put to rights, before the portal closes. 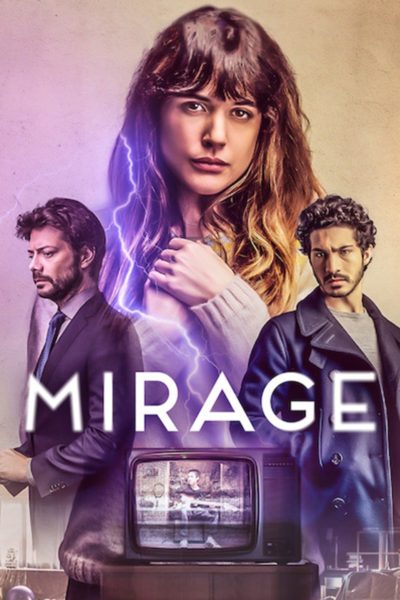 Admittedly, the plot simply ignores the obvious paradox: if Vera saves Nico, then in the altered timeline, she no longer saves him, so he dies, meaning the timeline isn’t altered, and we end up in a temporal loop. It’s also fair to say that Chris spotted the final act twist a long way before it showed up, prompting high-fiving from her position on the couch. Yet this is still a well-crafted and thoroughly engaging piece of work. Writer/director Paulo previously filled the same roles on The Invisible Guest, and may even have done slightly better here. The running time of 128 minutes is long for a relatively talky thriller, yet it didn’t feel like there were slack moments. Admittedly, I was immediately won over with young Nico being a Transvision Vamp fan, listening to Baby I Don’t Care and sporting one of the band’s shirts. Things don’t get more authentically eighties than that.

There was some initial confusion in TC Towers over timelines, with the film swapping between 1989 and the present day without notice. However, once we figured out what was going on, it was easy to root for Vera as she tried to convince skeptical cop Inspector Leyra (Darin) what had happened. Fortunately, Vera 2.0 retained some knowledge from the original timeline, which proved immensely helpful. To be honest, looking back on it, there’s a fair amount of stuff here which is contrived, and necessary in order for the movie to happen. However, Paulo assembles the pieces with such precision, it doesn’t seem jarring at the time, and that’s what matters most. Despite the lack of any real “bad guy”, it’s all surprisingly tense, beginning at the moment Vera first makes contact – especially considering this is a film without a real antagonist. I sense a Hollywood remake is inevitable, and as usual, almost certainly won’t be nearly as effective as the original.