Back when I was a teenager, I had an idea for a short film, about a woman being relentlessly stalked by a masked assailant. At the end, she’d defeat them, and remove their mask, only to find her own face staring up at her. It was a metaphor for letting our fears control us. A fairly crappy one – hey, I was a teenager – but it’s still better than what this woke slasher has to offer, not least for being 70 minutes shorter. Self-help author May (Grant) is the victim of a home invasion, but is even more disturbed when her husband, Ted (Singh), tells her it happens every night, then leaves her. 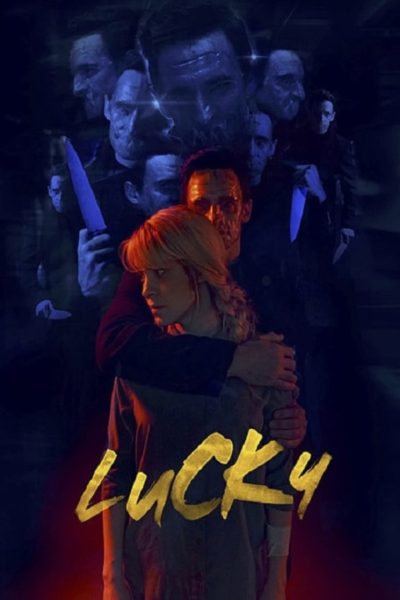 Ted is not wrong, and May finds herself stuck in an endless cycle of killing the invader, only for his body to vanish when she does so, and nobody believes her. Though her idiotic behaviour made me lose all sympathy. I mean: you want to convince the authorities, yet you mop up the large pool of blood left behind before calling the police? Really? You don’t bother to take his mask off the first N times you have the chance? Really? Then there are clunky speeches like “We are being attacked in our homes and in our friends’ homes and in our parking garages, every goddamn day for the rest of our lives. There’s no rationalizing it, and there’s no saving us. So get used to it.” Because this is all a metaphor for the patriarchy, gaslighting, abuse, etc.!

It’s as painful and unsubtle as a whack upside the viewer’s head with the golf-club May enthusiastically uses early on, and once you’ve figured this out, is as entertaining. We’ve seen the Groundhog Day slasher before, in Happy Death Day. This brings nothing new to the party except wokeness, which makes said party as much fun as you’d expect. Indeed, it’s perhaps ironic that the film appears to hate its lead character, putting both her and all the other women through hell repeatedly and relentlessly, to the point it approaches obsession. What was that about horror being misogynistic again?

Oh, hang on: female director, female writer (the script was by star Grant). They can’t possibly hate women. It’s all being done to show what utter bastards men are, creating this society in which women must cower in abject terror every time they park a car. Fun fact. Men are actually more likely than women to be the victims of violent crime worldwide, and are murdered by almost a 4:1 margin over women. [70-75% of homicide victims in both the UK and US, since you ask] But #MeToo! Now, the fear-ridden life depicted here may be a realistic portrayal of some women’s experiences. But don’t expect everyone else to change, in order to break you out of a prison you made yourself. Especially when it’s portrayed in a way which resembles a shitty episode of Black Mirror.