Make no mistake, I have the highest admiration for De Santi and Machella as technical craftsmen. This is certainly among the goriest movies I’ve ever seen, with blood and body parts frequently drenching the screen. You will see shit here you have not seen before on screen. I think my favourite moment was when someone punched their way through an opponent’s head at about the eye-socket level, then yanked back a fistful of… well, I’m not quite sure what, but I suspect it was not medically accurate, whatever the substance was. Still, if you are making a splatter film, I heartily endorse calling the makers of this, and getting them to provide your special effects. 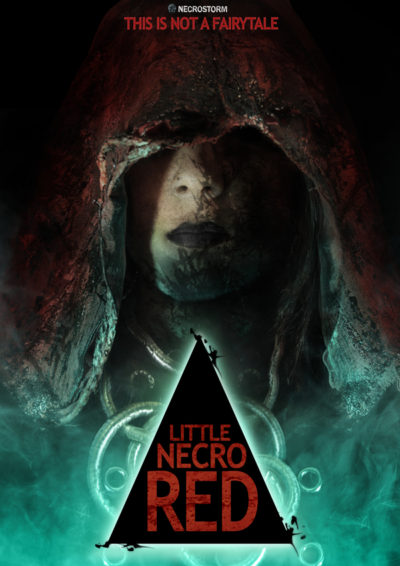 Just be sure to keep them a long, long way from your script. For this is the most incoherent nonsense I’ve seen in a very long time. It appears to take place in a future, dystopian version of London, which is under attack from Italian “terrorists.” There is a serial killer going about, I think. Maybe a bunch of cultists. That’s the extent of my knowledge. Who the characters are, their relationships to each other, and what motivations drive their actions? I have no clue. It’s not just me either. Virtually every coherent review has a similar problem with the story. It’s an area in which De Santi seems to have gone backwards since 2012’s Taeter City. While not perfect, you did have some clue there as to the basic plot. Here? Not so much.

I simply would not bother with the sections between the surges of insanely gory violence. The performances are all at the porn-star level, though considering the aspirations here, that’s not necessarily inappropriate. However, it leaves the film possessing no impact at all. Other extreme splatter movies have done a lot more in a lot less running time. For example, even if the intent is similar – an excuse to paint the walls red – the shorts of David Muñoz and Adrián Cardona (Fist of Jesus, and most recently, The Last Christmas of the Universe) deliver a much more memorable experience, despite the characters and settings being drawn with broad brushstrokes. While the intent here is clearly serious instead of comedic, there is absolutely no impact, because it’s impossible to care.

The final ten minutes do provide an unrelenting assault on the senses, things having (presumably) escalated into an all-out war between… um, Party X and Party Y. But the contrast between this and the finales of, say, Braindead or Martyrs could not be greater. To be fair, I’m not sure how much De Santi and Machella care about such things. The half-baked attempts at plot and characterization feel more like a gesture than any genuine effort. As a calling card, a show-reel of effects work, this is unquestionably impressive. However, as a narrative feature, it’s almost entirely a flop. I’m a strong believer in the importance of story, and in that category,  this is an abject failure.