Containing roughly 70 minutes of barely acceptable content in its 111-minute running time, this is largely an excruciatingly painful exercise in self-aware cinema, possessing little or no subtlety. It is, basically, a zombie apocalypse film, with scientist Dr. Irwin Klaw (Cheramie) creating poisoned cookies with the intent of – and I quote the official synopsis – turning “attractive rocker guys into lobotomized sex slaves for his underground porn business.” Except, they actually become ghouls hungry for flesh. Who knew? Selling the cookies are four women from the incarceration facility run by his sister, Cassandra Bush, who all hole up in Klaw’s underground bunker. There are also the members of a shitty band, The Vampire Godzillas, to act as love interests and act nerdy. 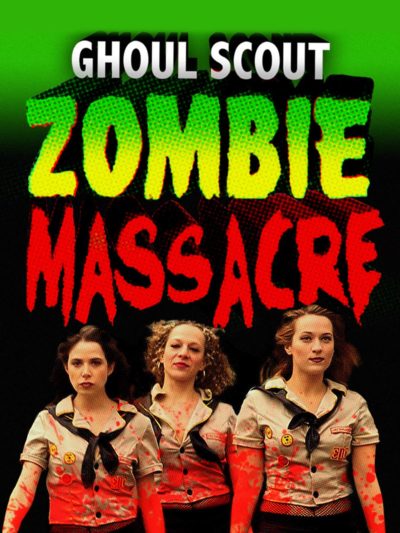 It’s all, frankly, an indulgent mess, with Eichelberger operating under the mistaken assumption that name-dropping other, better cult movies every 45 seconds will somehow elevate his Z-budget picture. There’s casually dropping references which knowledgeable cult fans will pick up on. Then there’s throwing a Videodrome T-shirt on a character. Guess which approach this takes? The zombies don’t show up until about 45 minutes in; until that point, this is more of a women-in-prison film, with showers, cat fights and the sadistic warden. Though even these elements are largely uninteresting. To give you one example of how this fires blanks, Bush calls her inmates “cunty cunts,” which is a sad misuse of one of the few words still capable of upsetting people.

It’s clearly going for the “deliberately bad” approach, but is simply lazy and unfocused in many ways. This is desperately in need of editing, with way too much dead wood present, in scenes that drag on past any purpose, where they ever had one at all. That begins right at the beginning, where each of the four jailbirds tells why they got there. Guess what? We don’t care. There’s only one section where the approach actually hit the mark. Bush is pregnant, so when she gets bitten (this movie leaves no zombie cliche unused, so it doesn’t count as a spoiler), her baby pops out as a zombie and goes on the attack alongside its undead mother. Remarkably, nobody yells out, “A zombie baby! Just like in Braindead“. And guess what? It works all the better for not doing so.

There’s also the bizarre character of Patsy (Ibrahim), the doctor’s deranged and apparently transvestite assistant, whose every line is captioned, even though they’re entirely audible. This is the kind of bizarre imagination the film desperately needs more of, instead of being far too concerned with name-checking its elders and betters. If only the makers had put as much effort into avoiding painful sloppiness. For instance, the movie’s epilogue is captioned as taking place “two years later,” but a media report then says it was “exactly one year” after the zombie outbreak. It demonstrates how little care went into the production here. This takes an idea that is already limited at best, and stretches it far beyond what the material could ever hope to justify.