As a general rule of thumb, whenever Rotten Tomatoes’ critics and audience scores sharply diverge, I typically find myself in line with the latter. Here would be a good example: 80% critic; a lowly 17% audience. It’s easy to understand why, because it’s rarely a good sign when you need to read other reviews in order to figure out what the hell is going on in a movie. Such is the case here. I don’t care if what follows includes spoilers, since the usual standards do not apply, when a film does such a bad job of explaining itself, you need to rely on third parties. Though if you still want to watch this, it likely counts as a self-inflicted wound and you deserve whatever ensues.

Basically, you have a spirit – the imaginatively named “Ghost” (Mix) – wandering the world. She was once a young girl, who died in circumstances best described as murky, and was given the option of living just one more day, or in eternity as a ghost visible only to “believers and sinners.” She chose the latter, obviously, or it’d have been a much shorter movie. So, she’s now wandering the world; there are apparently no shortage of believers and sinners, since it seems the vast majority of people she meets can interact with her. Ghost also likes taking her top off, which kinda negates the ‘female empowerment’ angle a tad. I was fine with this element. 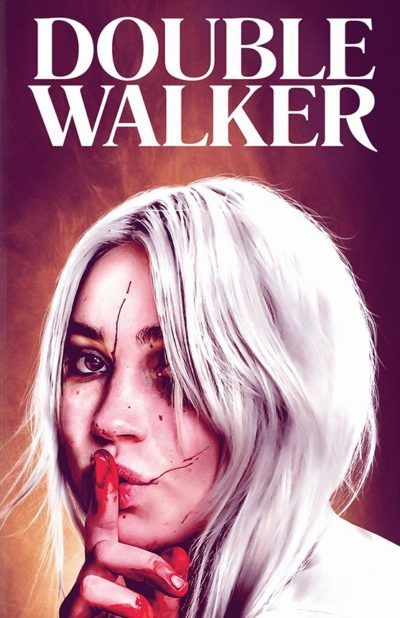 She seems to divide her time between a) encountering predatory and/or sleazy men whom she kills; b) hanging out with Nice Guy™ Jack (Rice), who runs a cinema which seems to show nothing but the 1935 version (thus conveniently in the public domain) of Scrooge; c) flashing back to the events leading up to her death. The first of these is the only one of the trio to generate any interest, partially because her preferred weapon of choice is a spoon. That’s at least different. Overall, however, it’s a plodding, confusing and ultimately thoroughly unsatisfactory narrative, not least because the way it finishes is so open-ended, it appears the entire story-line fell out, at some point on the way home from the convenience store. Don’t you just hate it when that happens?

The characterization is equally sloppy and unfocused, consisting mostly of cliches on legs. None of the men are anything approaching normal people, being either drooling sex-maniacs or Nice Guy™ Jack. I’m not sure which is more cringey. Any other women? Victims. That’s the extent of their personalities. I did think the film looks good, with Ghost a striking figure round which to base an advertising campaign, and the netherworld into which she briefly ventures is a visually interesting location. The rest is a long way short of adequate, and even though it’s barely an hour before the closing credits roll after the poor excuse for an ending, my patience had been sorely tested. If this is what eternity is like, sign me up for the “just one more day” option.