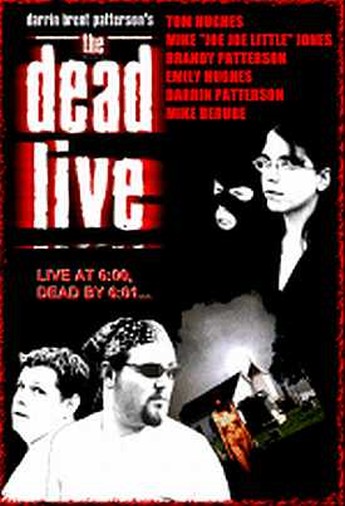 I thought I’d never see worse use of CGI effects than Suburban Sasquatch. Less than 48 hours later, this film proved me wrong, not least with the most unconvincing car explosion in cinema history, which proves that if you can’t afford to blow up a car, don’t put it in your script. The inspiration is clear, right from the time we hear we are in ‘Savini County’: TV reporter Alex (Hughes) is covering a siege at a farmhouse, but it becomes clear more is going on, and the dead are now walking the earth. She goes on the run, accompanied initially by her cameraman, but after he is eaten by the zombies, she teams up with some other survivors and takes refuge in a church. However, the greatest danger may not be outside, but psychotic redneck Lucas (Hughes), who is seizing the chance to act upon every murderous impulse he’s ever had.

Actually, I may have to rewrite the above, as it sounds far too interesting, and may actually encourage someone to see this film. A word of advice: don’t. At 126 minutes, it may be shorter than Abberdine County Conjuror, but that’s not exactly a ringing endorsement. The flaws are painfully obvious, from a lead actress with no talent, whose character is utterly at odds with the dialogue put into her mouth, through to outrageously bad sound, which ranges from inaudibly quiet to painfully loud – sometimes in the same scene – with music often drowning out the actors. The film grinds to a halt once they arrive at the church, and that’s where a good half-hour should have been excised. Some of the physical effects aren’t too bad; that and a cheerfully gratuitous bit of full-frontal nudity are all that salvages this from utter wretchedness.