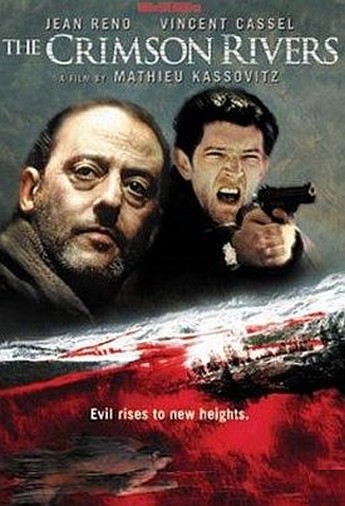 Detective Pierre Niemans (Reno) is called to a remote university in the French Alps, where the body a library worker has been found, brutally tortured, hogtied, and dangling half-way up a remote cliff-face. The corpse has had its eyes sewn shut, and filled with acid rain, the type of which hasn’t been seen in the area for decades; Niemans deduces that he is being provided with clues to lead him to other bodies, though to what purpose he doesn’t yet understand. He finds resistance to his investigations at the university, yet gets helped by glaciologist Fanny Ferreira (Farès), and also local cop Max Kerkerian (Cassel). The latter is investigating what seems to be a couple of unconnected cases: the desecration of a young girl’s grave at a cemetery and a break-in at a school office. However, it turns out the girl’s records were removed from the school. Kerkerian and Niemans end up on the doorstep, literally, of the same suspect, and realize that their investigations are overlapping.

Memo to self: visit the French Alps, which are simply breathtakingly beautiful [it was mostly filmed around Grenoble]. However, the more this goes on, the more garbled and incomprehensible it becomes, to the point that even Cassel has admitted he didn’t understand it. I understand the basic concept of what’s going on; I just can’t say with any certainty whether the pieces fit together with the meticulous precision this kind of thing needs. Chris was able to spot the two main twists quite some way of them being unveiled, one of which is a shaggy-dog horror cliché, and it’s stretch to see how the overall driving force could be kept secret for generations, as appears to have been the case. On the positive side… Er, did I mention the scenery? That aside, Reno is his usual, reliable self, and Cassel demonstrates an unexpected martial-arts turn, battling a gang of thugs (a fight in which he actually had his nose broken). However, their performances are not so much waving as drowning in the mess into which the script degenerates.