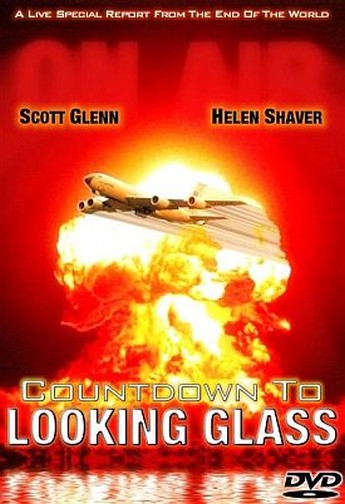 This 1984 docudrama depicts, through the eyes of a fictional news network, an escalating crisis in the Middle East. A banking crisis triggered by South American defaulting on its debts to US banks leads to a left-wing coup in Oman, because of the government’s losing hundreds of billions in failed US banks. The instability which results leads to the American ambassador to Saudi Arabia being killed by a bomb. Backed by Russia, the new Oman regime blockades the Persian Gulf, while US troops land in Saudi to support the Saudi regime there. The USS Nimitz and its escorts are sent to clear the blockade, but the Soviets are unimpressed and send a pack of hunter-killer submarines to counter what they see as American imperialist aggression. Things don’t get much better from there, and the film ends with the Emergency Broadcast System kicking in.

Despite being over 25 years old, it hasn’t lost much topicality. The Middle East is still the most likely avenue for World War III, and the mentions of the global banking crisis certainly will still resonate with modern viewers. It does compress two weeks of activity into 90 minutes, and there are occasional sequences “behind the scenes”, which both do damage to your suspension of disbelief, reminding you that what you are watching isn’t really happening. Recognizable actors like Glenn, who plays a report on the Nimitz, also take you out of the moment. The film is much more effective when it sticks to its mockumentary approach, enhanced by the presence of real politicians as talking heads, such as Senator Eugene McCarthy and Newt Gingrich. Watson, as anchorman Don Tobin, provides the necessary gravitas, and when the production gathers steam, the joins cease to be visible. The final sequences, with grainy footage from the Nimitz as it battles a Soviet submarine, are undeniably chilling, and if you don’t get a ripple on the back of your neck, you should likely check your pulse.