To some extent, this could almost be a Lovecraftian German version of Parasite, with the very ugly truth behind the facade of a nice, middle-class family gradually coming to the front. Cordelia (Meißner) and her family are trying to cope with the death of her husband, who was murdered after going out to buy toilet paper – this was made well before COVID, so this quest is not a metaphor for anything. He, in ghostly form, hangs about the house, passing sardonic comment on their lives. Meanwhile, her two teenage children, Thomas (Adams) and Julia (Berg) have concerns of their own. The former is coming to terms with being gay, while the latter may be a contract killer in the making, and suspects her mother of involvement in her father’s death. Oh, and there’s a door leading into a dark abyss, which was always locked when Dad was alive. Thomas is experiencing lurid nightmares, ordering him to close the door again or “gods” might come through it. 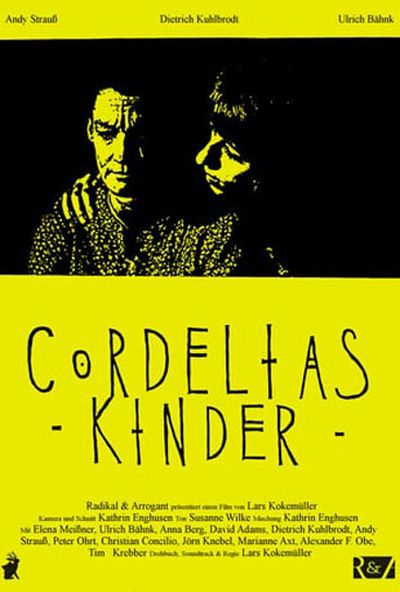 Basically the entire film takes place in the house ‐ it belonged to the director’s parents, and was shot over a few weeks between them moving out, and the new residents arriving. This helps generate a claustrophobic, cloying atmosphere for the family drama. It’s mostly in black and white, with occasional bursts of colour, such as Thomas’s dreams, though there is no consistent logic to this. It’s at its best when contrasting the banal world of everyday life with the batshit crazy elements of this dysfunctional family. For example, when Cordelia hires her daughter to kill the two cops investigating her husband’s murder, while simultaneously ordering her to clean up her room. Or Thomas going in to tell his sister dinner is ready, unfazed by the fact there’s a half-naked, tortured man tied to a chair there – he mostly seems put out by the fact it’s his chair being used.

However, the above suggests a more even tone than the film ever manages to achieve. At one point, it basically becomes a music video, with Thomas and his boyfriend lip-synching enthusiastically, and doesn’t fit as well as a similar scene did in Henriks’s previous film, Hans Wagner. This is definitely a movie where you just have to accept whatever it throws at you, and that it may or may not make sense. The ending, in particular, just… kinda… occurs. Though apparently, no well-equipped German kitchen is complete without a convenient canister of petrol to hand. That said, if the brooding sense of dread never gets an adequate payoff, the performances are better than I expected. Or perhaps it could be more that the dysfunctional nature of these characters, helps excuse any rough edges i.e. Adams, fir whom this is his only IMDb credit. It does feel like the director was being pulled in a few too many directions, likely an inevitable result of all the hats Henriks wears in this production. Yet enough of them were successful – or at least failed in interesting ways – to sustain my interest.