This is a real curio, which starts off as a charming light romance of quirky characters, before becoming… something radically different. It’s the kind of dramatic shift that a film is rarely able to pull off, yet somehow works. Hans Wagner (Brandt) is a socially inept shut-in, reliant on self-medication for the barest semblance of functionality, but is forced out of his shell when he falls for a local supermarket cashier, and is befriended by homeless man Hobbit (Bähnk). So far, so endearingly normal. Things change when he’s visited in his house by a fairy who offers to grant Hans one wish. Of course, as anyone who has played D&D knows, wishes tend to get fulfilled in unsatisfactory ways, and come with a price. Both those occur to Hans, as part of an occult plot by Gregor (Wesemann), to crack open a portal and let the Old Gods back into this world. 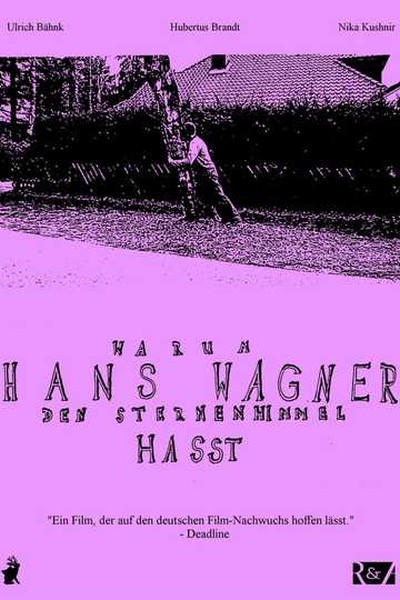 Made by the 22-year-old Henriks on a budget of just 1,500 Euros, it’s testament to making a little go a very long way, and how important it is to have a strong idea and a good script, when your resources are limited. Clearly, you’re getting no appearance by Cthulhu at that price, yet the film still generates the right atmosphere in other ways. For example, the frequent use of voice-over narration enhances the feeling that you’re watching a fairy-tale. Yet the horror elements are brought splendidly to the fore, when the narrator describes what someone being eaten alive by  the cultists is feeling. We also care about the characters, in particular Hans, because of the effort put in during the first half to make them sympathetic. He may be emotionally stunted and awkward; that just makes Hans all the more human, and you want him to find happiness and true love. I thought I knew where the movie was going, when he meets Amelie (Kushnir), who is hardly less of a klutz. Henriks clearly had other ideas.

I think the most impressive aspect is the ability to pull off the transition into darker, apocalyptic territory, while bringing the audience along. I think it’s the way the film creates a world that is off-normal, for example, Hans breaking into a well-choreographed music video on the way to the supermarket, or a cupboard being a portal to another world, in a Narnian way. Once you’ve made that leap, this gets the viewer to a point where it becomes much easier to accept the concept of horrific deities that have slumbering, waiting their opportunity to return. It’s just another wrinkle in this reality. I do feel Henriks kinda painted himself into a bit of a corner with the scripting, and the resolution which follows is a little unfulfilling because Hans doesn’t play much part in it. However, considering I spent the first half wondering how this could possibly be in the slightest bit Lovecraftian, all I can say is: well done.