I always find it interesting to look at how movies of the past thought the future – as in, now – would look. For example, among the films set in 2020 is Reign of Fire. This tells us, whatever shitshow the year provided, things could have been worse: at least there weren’t F-sized dragons flying about. [You will note I waited until after December 31 to write that sentence. I’m not tempting fate] TV movie Code Name Phoenix looked forward twenty years to the same point, but came up with a rather different future. The scariest thing this version of 2020 has to offer, is a poster on the side of a bus, advertising a Britney Spears comeback tour. Or maybe the cinema showing Tomb Raider VII (above). 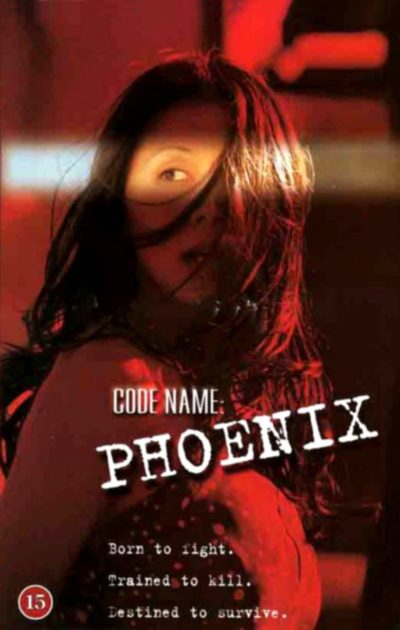 It is – likely for budgetary reasons – not dissimilar to 2000 Toronto. It does get things right like hand-held tablets with GPS, and ubiquitous video phones. But there are still phone kiosks on the street, which is a swing and a miss. Law and order has been privatized, with marshals tracking down criminals for bounties. We are not quite there yet, I think. But it scores a hit with the government carrying out secret surveillance on its citizens. As one marshal puts it, “What the people don’t know, won’t hurt them,” prompting a terse rejoinder, “Yeah, that’s what the Communists said.” And at one point, artificial video footage is used to frame a character, foreshadowing the “deepfakes” which achieved achieved widespread awareness this year.

This aspect is likely a bit more interesting than the actual plot. That sees a Chinese plot to distribute a virus which reverses the aging process. Presumably, they’d then capitalize on the resulting chaos in some, rather vague, way. Out to stop them is Lucy Chang (Chinn), a Chinese-American whose late mother invented the virus. She returned to China, became a member of their special forces, then vanished and was presumed dead. She’s now re-appeared in the West, intent on stopping the nefarious plan of Dr. Fong (Akiyama). As mentioned above, she gets set up, with a million dollar bounty placed on her head. But Chang convinces one of the marshals in pursuit, Jake Randall (Meek), of her innocence, and they team up to ensure people will continue to age normally.

It’s all quite shallow. Outside of one scene where Jake and Lucy seek refuge with the former’s aged father, the philosophical ramifications of the virus are of absolutely no concern. It could otherwise be any foreign plot, and even the futuristic setting is largely irrelevant. Both performances and production values are marginally competent, rather than memorable, and sit about what should be expected for a TV movie. It passed an hour and a half without demanding much of me, or providing much in return.

And if you’re interested, among the past films predicting what 2021 will be like are Johnny Mnemonic, Moon Zero Two and A Quiet Place. Take your pick, folks.