This is probably the best found-footage film I’ve seen since Ghostwatch. It’s still a subgenre I hate with a passion: please, all rise as we recite from the Book of Film Blitz, Chapter 12, Verse 27. “It’s utterly contrived, a pointless exercise which fools nobody, is overused and mostly a crutch for shitty film-makers to conceal their crappy production values.” This one, however… I think the main difference is, the concept is well enough fleshed out that it would work as a “proper” movie. Indeed, there were a number of occasions where I wished fervently it had been. I mean, The Exorcist didn’t need shaky camerawork to be effective spiritual horror.

It’s a religious investigation, taking place at a remote rural church in England, after video reaches the Vatican of weird incidents in the building. Sent to look into things are tech man Gray (Hill) and veteran researcher Deacon (Kennedy), along with Papal representative Mark (McArdle): a trio with differing levels of faith – and also differing degrees of resilience in their beliefs. It helps that the film lets us get to know Gray and Deacon in particular before much of paranormal significance occurs. Despite their disparate backgrounds, there’s a chemistry which makes the audience invested in what eventually happens. On its simplest terms, I’d be happy to go down the pub with them for a pint. This is not common in horror films, and almost unprecedented in found footage movies. 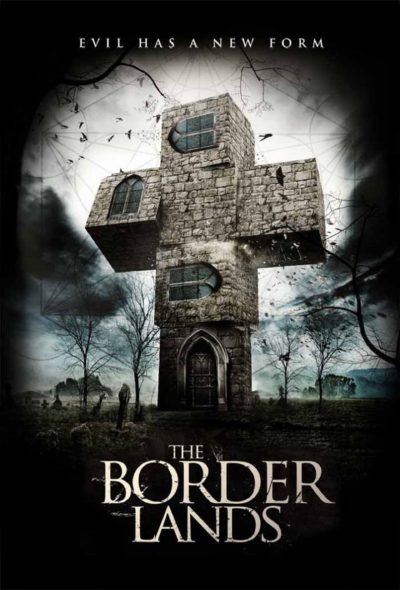 From here, things do largely proceed in the usual manner, escalating from unexplained noises through odd behaviour by local priest, Father Crellick (Neal), to discovering the history of the building and down from there, in ways literal, spiritual and metaphorical. However, there’s still enough meat on the bones, such as finding the results of Deacon’s previous investigation in Brazil, footage from which opens the movie. [If it feels like I’m using a lot of “body” analogies here, this is both deliberate and for good reason] It does a better than average job of setting up the reason why everyone is going round with cameras strapped to the side of their faces, and there’s enough fixed angles to avoid nausea – though the final 10 minutes come a little close.

It is not particularly the grandstand elements that are effective. The little things are often just as successful at generating the needed elements of creep. For example, the sounds of a child crying, picked up on microphones in the church… even after the system is switched off. The fate of Father Crellick is another small-scale highlight. It is the ending, however, that will potentially make the most impact, with a persistently downbeat tone, also reminiscent of Ghostwatch. You discover one level of truth about what’s going on, and it’s bad enough. Then, another level of horror is revealed and, especially if you have any kind of issue with small spaces (top), it will stay with you. This is the kind of footage I don’t mind finding.