This starts off really well. Sure, it’s no great shakes by any normal standard. For example, the bee effects are clearly digital paste, on top of actors whose performances consist entirely of flailing wildly at nothing. But let’s be honest, wild flailing works in any language, and aspects such as the abrupt swings in tone, or the “Bee-vision” (a yellow hexagonal filter) POV shots, are a lot of dumb fun. These are not just your normal bees either. For some reason, one gargantuan insect has grown to the size of an ox, in blatant disregard of the inverse-square law. They are also carnivorous, acting in concert like a swarm of flying piranhas. The film reaches its peak when two guys, dangling from a tree, are enveloped (top) and gobbled in seconds, their stripped bones tumbling down to the forest floor. I laughed like a drain at that. 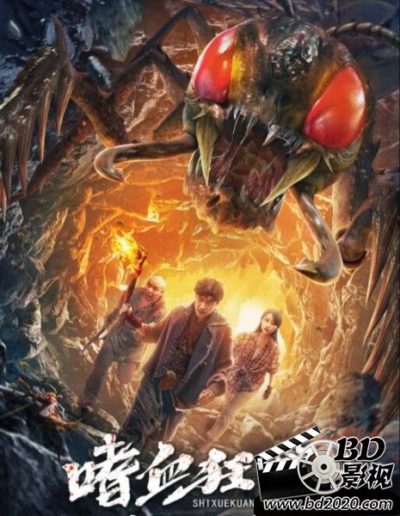 Sadly, it’s all downhill from there. This is set in the 1930’s or thereabouts, during the Japanese occupation of China. Their scientists, led by Prof. Hiragawa, are working on a project to weaponize bees, turning them into a force that can be used against the enemy. The Professor has second thoughts, but in the ensuing struggle, the insects are released, and attack a neighboring village, with Shi Wa (Kong) one of the survivors. When the Japanese show up under the evil Watanabe, including Hiragawa’s daughter, Asami (Zhang), Shi agrees to help find the bees’ hives. This is to help cure his mother, whom I guess was stung or something. Little does he know, however, that Watanabe intends to kill the Chinese as soon as he recaptures the rogue insects.

Part of the issue is that the bees are largely defeated not long after the half-way point. Even the ox-sized one, whose predations we had been thoroughly enjoying, gets buried under a pile of rubble. This is more by luck than skill, considering the favoured anti-bee technique of Watanabe and his squad, is to fire guns at them. I’ll repeat that: they shoot. At bees. No wonder the Japanese lost the war. Anyway, thereafter, the film mutates into The Magnificent Seven. Shi and the villagers are harbouring Prof. Hiragawa and his bee weaponization serum, so must fend off Watanabe’s attacks. As is common knowledge, what killer bee movie is complete, without a big brawl, capped off with a mediocre martial arts duel?

Oh, except that isn’t quite the ending. The insects suddenly reappear in a bit of a bees ex machina, trapping the villagers in their ancestral hall. But rather than some climactic battle, the makers must have run out of money. For in lieu of a proper finale, all we get is one death and a sudden caption: “Soon, they developed the cure, and the bees became normal again.” Wait, what? It’s truly one of the crappiest endings of all time, and is all the more underwhelming, considering how promising things seemed in the early going.