I tagged this as thriller and comedy, though the latter is of the kind as dry as the Sahara. It plays almost like a parody of things like Fjällbackamorden: Vänner för livet, in which a writer finds herself embroiled with murder in small-town Sweden. Here, ominous events pile upon ominous events, but are blithely ignored by American writer, Robin Richard’s (Winter). She has been sent to Scandinavia by her agent, to overcome a case of writer’s block and come back with another successful potboiler. The farm on which she stays is run by the widowed Rolf (Brunnström), who has what can politely be described as a few eccentricities to his personality, not least a wife buried in the garden. 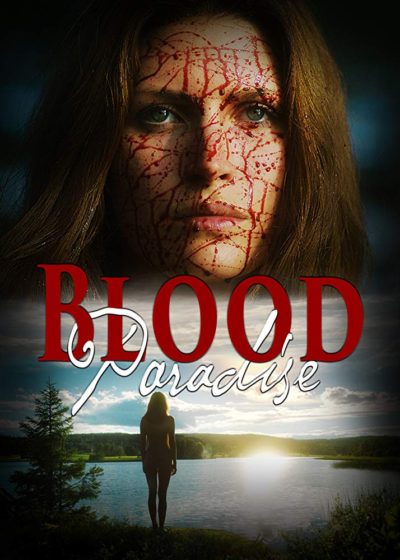 Then again, everyone she meets is a grab-bag of highly suspicious quirks, beginning with the stalker fan, Hans (Cavalliu), who picks her up at the train station. Then there’s the silent, shirtless dude who seems always to have a weapon to hand. Or Rolf’s sister, roaming the farm, braiding doll hair and helpfully providing toilet paper at dramatic moments. It’s all enough to make any normal person run for the first train back to Stockholm (as Chris indicated, on several occasions). But I think that’s part of the point. When her dumb but muscular boyfriend, Teddy (von Barkenberg) shows up, he’s dispatched before Robin even knows he has arrived, and it’s only when she becomes a direct target herself that she considers leaving. Even then, as the weirdness triggers her creative juices, she puts off her departure until it’s too late.

The main problem is this is so deadpan, it’s hard to be sure what’s a joke. For example, is the fact that Hans’s surname is Bubi, a subtle Die Hard reference? It’s never acknowledged, so I just don’t know. I suspect this may be one of those cases where the makers were too close to the film, and ended up leaving the viewers unable to see the woods for the Scandinavian pine trees. For between them, Winter and von Barkenberg not only wrote, directed and played significant roles, they also produced this, plus did editing, set design, second unit and additional photography, wardrobe, scouted locations, and wrote much of the music. That’s an admirable work ethic, and to their credit, the film does not look like a two-person effort.

But it might explain why it feels so impenetrable. The makers lived with the script, characters, etc. and potentially developed a familiarity with them which we, the audience, don’t have. Just a theory though. In the final act, certainly, it abandons all pretensions at comedy, and goes into straight horror territory, with Robin as the final girl (even if here, she’s more like the only girl). I think the movie works rather better in this aspect, with the creepy tone established earlier having a decent pay-off, unlike most of the “humour” – quotes used advisedly. Too much of the time, those feel like jokes without a punch-line.