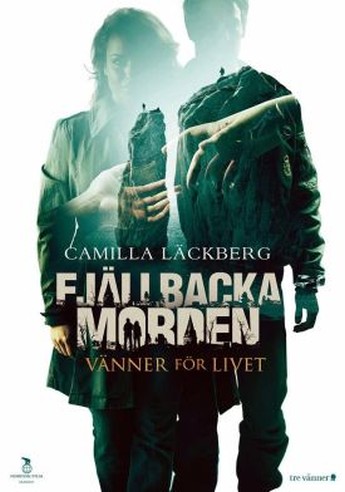 So, it appears, I’m watching this series of Scandicrime entirely out of order. The first one I watched, Havet get, havet tar, was actually the fourth. This one’s the second. But it doesn’t seem to make a difference, since they’re all standalone works, set in the same small town – which continues to have a murder-rate in excess of Bosnia during the civil war. In this case, things kick off when local crime writer Erica (Concha) gives in an interview, in which she wonders about the fate of her friend growing up, who inspired her to write, but who suddenly ran away, apparently to Spain. His brother calls her, but immediately after, is found stabbed to death on a local promontory. Conincidentally (or not), it’s also the local school reunion, which has brought Fjällbackans – if that’s a word – back to the town from which they came. Time for a few skeletons to be dragged out of the closet, by Erica and policemen other half Patrick (Ulfsäter).

I enjoyed this a little more than Havet overall – though, it appears, not enough to give it a different grade. It does a better job of setting up the elements, and creating atmosphere; the second part of the title translates as “friends for life,” which is fitting. But the final resolution is sketchy in terms of motivation, the culprit being one of the relatively minor characters, with whom we haven’t spent a lot of time. Sure, it “makes sense,” but it doesn’t have the fully-satisfying sensation you get from the best murder mysteries: the “Ah-hah!” moment, if you will. Still, we enjoyed seeing Robertson as the missing brother’s sister, knowing her from Äkta Människor [an SF series that is our bet to be the Next Big Thing in foreign TV, and was recently bought up for remake by Channel 4 and XBox]. I think we may be watching too much Swedish stuff, if we’re recognising actors… Not that this will stop us curling up with a mug of hot chocolate and watching more of this series, in whatever order it might happen to be.