It’s probably not politically correct to be consuming Russian culture at this point, but I’ve always been pretty good at separating the art from the invading army. This is a clunky, yet occasionally effective, SF/action hybrid, which begins with the vast bulk of the Earth going dark, outside of a relatively small circle of territory, centred on Moscow. Exploration into the zone beyond that does not go well, with reconnaissance forces being attacked by packs of animals and/or humans, apparently controlled by an external agency. Another group is sent out, including soldiers Oleg (Chadov) and Yura (Fyodorov, who looks like a Russian version of Colin Farrell), nurse Alena (Ilyashenko) and journalist Olga (Ivanova). 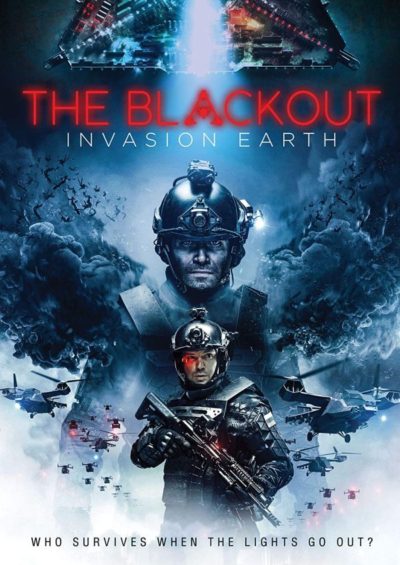 Which is where things get complex. For, it turns out, the blackout was the next-to-last stage of an alien invasion plan, which was supposed to have turned all of Earth’s inhabitants into pliable zombies. This is learned from an alien called Id, whose bald, noseless look leaves him resembling an extraterrestrial version of Voldemort. He has rebelled against his species, and wants to help Earth fight them off. To do that, he needs to find and destroy the other alien in the advance party, Ra, before the colonization ship gets here with the rest of them. Which will be tomorrow, so there’s a bit of a rush on. Fortunately, those humans at the edge of the blackout zone weren’t fully turned into puppets: they can see where Ra is – though it’s a connection that goes both ways.

The issues are much more on the human side. It seems that Baranov is going for an epic feel, trying to weave together the stories of a number of characters, and it never works. Instead of becoming a cohesive whole, it turns into a lumbering, Frankenstein’s monster of a movie, spliced together from spare parts that don’t fit very well together. I can honestly say, I never cared about any of the players who made it to the end, and none of the losses along the way had any impact on me either. I was somewhat amused by the ending, where it appears that human being are the pit bulls of the universe. Just a shame the film doesn’t quite follow through with the genocidal way in which, for one glorious moment, I thought it was going to end. Though if you want to watch Russian troops getting their arses handed to them, you’ll find a good deal to appreciate here.