Hey, it’s the first 2023 film of 2023! Happy New Year, folks. Right, on to the movie, which is basically the story of the passengers on a flight to Puerto Rico. The plane flies into a mysterious storm that doesn’t exist for anyone else and the aircraft is forced to crash-land in the ocean. The survivors make their way to a nearby island, and struggle to survive with their limited skills. Making things better: they meet  Bruce (Wells), the last survivor of a unit of soldiers which was similarly stranded there. Making matters worse, dissension in the ranks, splits the group in two. Making matters much, much worse: a tribe of cannibalistic locals, with really bad skin and large appetites.

To be perfectly honest, the first half of this is a chore. Likable characters are hard to find, almost beginning and ending with Carolyn (French). The rest are an assortment of shrill, grating stereotypes such as a fat Goth musician called Midnight. At least inept FBI agent Sweden (Cannon) is supposed to be the bad guy: consider that achievement unlocked, no question about it. He’s on the plane courtesy of an otherwise irrelevant subplot, which seems him escorting a criminal to San Juan. The perp is killed during an on-board escape attempt, rendering much of what had gone before, more or less pointless. By the 40-minute mark, I was praying for a dinosaur, shark, giant snake or something to save us from spending more time with these people. 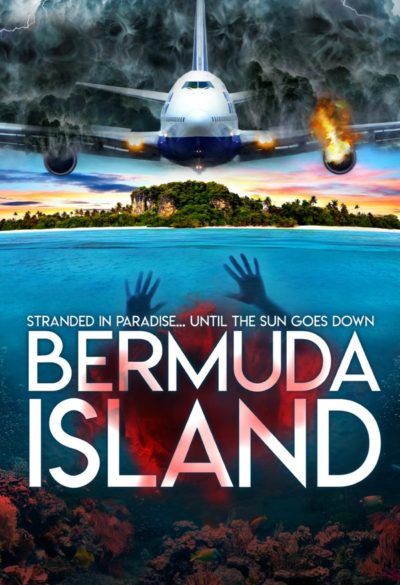 Cannibalistic tribesmen – ok, tribespeople, let’s not assume their gender – will do nicely in that department. The rest of this is considerably more energetic, especially on the gut-munching and general rending side. The creatures seem not dissimilar to green-tinged versions of the monsters in Night of the Tommyknockers, from the same company, being fast-moving, aggressive and, let’s be honest, men in suits. I’ll take that over bad CGI any day though: they’re quite well done, and there’s no denying, things always perked up when they arrived. Albeit mostly because it stopped the inane dialogue and actions of the survivors. Even Carolyn succumbs, sliding away for a bit of skinny-dipping and a quick snog. Doesn’t she know the horror rules? That way lies death.

Bruce might well be the most interesting character, with a couple of unexpected revelations, on the movie’s way to an unexpectedly and admirably bleak ending. I’d not be averse to a prequel, detailing the struggles of his platoon, and how Bruce came to be in the position of sole survivor. Mostly because it wouldn’t have any of the irritating airline passengers in it. There is some redemption to be had, in that most of them meet the gruesome, if tasty, fate they deserve. I’m not convinced this manages to justify the ordeal for the viewer, which is spending time in their company. Being eaten seems like not quite sufficient payback.

The film is released on January 20th through Gravitas Ventures, on all the usual streaming platforms.