Social worked Petra Keller (Borbe) is charged with taking a group of young female delinquents on a camping trip into the forest, part of the community service they’ve been ordered to carry out, as punishment for their various crimes. Needless to say, the trip doesn’t go as planned – does it ever? More or less none of the girls want to be there: few of them have any time for each other, though one of the few things they can agree on is that Petra is a complete waste of space. Which is why two of them decide to drug her with sleeping pills found in another participant’s bag, in order to get their supervisor out of the way, so they can have some real fun. That doesn’t go as planned either.

This is a particularly lightly-plotted exercise. In terms of things actually happening, you don’t get much for the first hour. We are introduced to the players, cutting back and forth between their bickering and exploits in the forest, and short flashbacks to their lives outside the woods. Despite the lack of plot progression, it’s still decently watchable, with some of the scenes flat-out brilliant. My personal favourite was the deadpan monologue by Petra’s supervisor about her fat niece’s aspirations to be a ballet dancer – “Merle, in a tutu, you look like a snowball” – and their tragic result. As dark humour, it should be right up there with Phoebe Cates’s speech in Gremlins about why she hates Christmas. 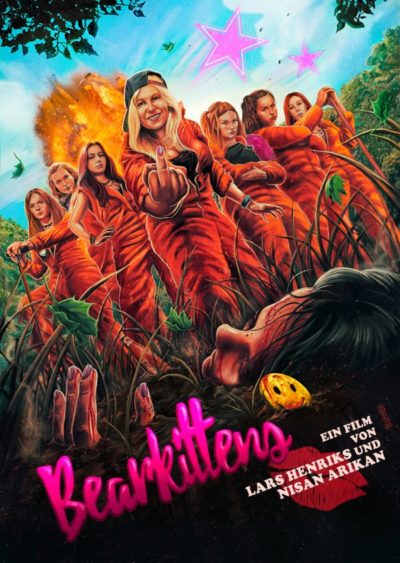 Just do not expect to empathize with many of the characters, if any at all. The smart ones are utter bitches, and the nice ones are idiots; in this area, it’s a bit of a contrast to Henriks’s other works, where you tended to find something to appreciate in just about everyone. The film might have benefited from having someone who can provide a moral core, a heroine to whom the audience can relate. It’s something inspirations for this such as Heathers and Mean Girls certainly had. Indeed, there may simply be too many characters, especially given a running time of under 75 minutes, including credits. Though it is laudable to see a film with only one significant male part, which doesn’t feel the need to make a fuss about it.

The poster on the right hints at where this eventually ends up, albeit as mentioned above, not until we are deep into the second half (despite some hints about the woods being cursed). It is a typically Henriksian shift in tone, with the social comedy being replaced by something with a considerably darker attitude. However, what follows feels hurried at best, with some loose ends e.g. someone takes a shovel to the back of the head, and it’s never clear what happens to them thereafter. In terms of pure story, it’s the most interesting section, and I would have preferred to have seen it given more room to breathe.