Truth be told, this is less a mockbuster than an opportunistic bit of retitling by The Asylum. While the name is designed to evoke Army of the Dead, this is Zoombies 3, in all but name, and clearly follows up the events of Zoombies 2. Specifically, the Dr. Ellen Rogers character from it makes an appearance here (albeit literally phoning in her dialogue) to warn the employees of the Shining Sea Aquarium to destroy their current batch of medicine – and, at all costs, not to use it. Naturally, the warning comes too late, a dose of epinephrine having been used on a giant octopus. It’s not long before it has leaped from its tank, killed two vet techs, and is now roaming the ducts of the building, growling in a menacing fashion. Yes: growling. 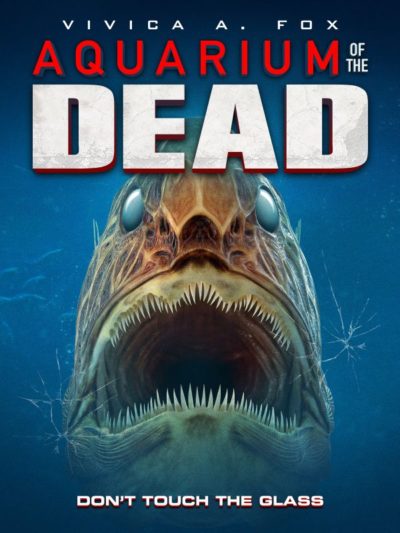 From here, and for no obvious reason, the reanimation infection spreads across all the other species. The fish charge their way out of the tanks, which seems a bit of a suicide mission to me. In their wake, we get an undead crocodile waddling its away around the complex; ninja starfish of death and, best of all, a zombie walrus (top). This gives the film its peak moment, with a double impalement. In general, however, there is far too much creeping about the facility or chatting in rooms. and not enough aquatic mayhem. The problem, compared to its predecessors, is that most sea-going animals don’t pose much of a threat out of the water. You don’t really need, for example, to run away from a zombie walrus. Not exactly the most athletic of creatures on land, they won’t drop on you from a tree.

As a result, the threat level here is considerably lower than the first two movies, even when the creatures show up (and that isn’t as much as I’d like). The octopus is pretty cool, it must be admitted, even if its size seems to change from appearance to appearance. I’d like to have seen more of that and less, for example, of the irritating emergency workers. Speaking of whom, how are they able easily to get into the building, when it is supposedly locked up tighter than a porpoise’s blow-hole? The only more annoying element is the inability of several members of the cast, supposedly playing scientists, to pronounce “telemetry” correctly. A clue: it’s not “te-le-MET-ree”.

The performances are more or less what you’d expect: the octopus is probably the best actor here. Though it’s a surprise to see Fox’s career apparently down to the point where this and Lifetime mommy-in-peril movies like The Wrong Real Estate Agent are her wheelhouse. I feel she deserves better – though perhaps not on the basis of her appearance here, where she hardly stands out.  When you’re being out-acted by CGI cephalopods, it isn’t typically a good sign… After the sprightly fun of #2, this is a bit of a disappointment – even with the inevitable Sharknado reference.