There may or may not be a problem with sexism in horror cinema: I certainly haven’t seen evidence of it over the seven horror film festivals we’ve put on, which have been using a simple “Is it any good?” criteria since day 1. This is partly why I’m a bit dubious of concepts like “Women in Horror Month,” which to me, seems likely to be building a bigger ghetto rather than breaking out of it. But then, I’m a simple consumer, who cares not one whit for the genitalia of those who produce the content I watch. “Is it any good?” is all that matters to me there too. If so, then it deserves praise: if not, then you get no special consideration due to the sexual identity of its creator. For that would be sexist pandering, the equivalent of patting them on the head and saying what good girls they are.

So it is in a spirit of gender-neutral criticism that I say: this anthology movie, by and about women, isn’t actually very good. Not from any technical angle, admittedly, and the performances are fine as well. It’s almost entirely down to the stories. Of the four told here, three feel less like short films than 20-minute chunks ripped out of feature-length movies, more like show-reels for a Kickstarter campaign than anything capable of standing on its own merits. Now, in any anthology film, you always have to expect some unevenness; it goes with the territory. But the scripting issues here are so prevalent, it begins to feel more like a systemic flaw. [Note: of necessity, major spoilers follow] 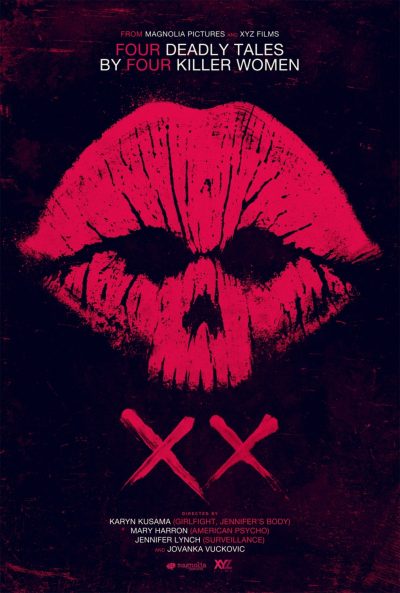 We begin with The Box, directed by Vuckovic. It stars Brown as a mother who is bringing her two young kids back from the city to their suburban home, when they meet a man carrying a box. Her son asks to look inside, but says there was nothing there. However, he stops eating immediately: he’s just “not hungry”. His parents grow increasingly concerned at his continued refusal to take any sustenance. Worse, he convinces his sister to stop eating too, after some whispered communication – and the father then follows the same path.

There’s no shortage of dread here. But unfortunately, that’s all there is. The three victims eventually starve to death – I guess in this universe, there’s no such thing as an IV drip – and the mother is left wandering the train system, trying to track down the man who kicked things off. What will she do when she finds him? What was the cause? Did he have a motive? Was this personal or just a random encounter? These are all interesting and worthwhile questions. I regret to say, they are also ones the film has no desire even to address, never mind answer, and you’re left hanging without any sense of closure.

The second entry, The Birthday Party, is the one which is fully-formed, possessing a proper story arc, culminating in a series of post-film captions that tie everything up impeccably. Mary (Lynsky) is trying to throw her adopted daughter a birthday party, but plans are thrown into chaos when she finds her husband slumped dead in a chair. Rather than disrupt the long-planned and much-anticipated event, she opts to try and hide the corpse, dragging it round the house to avoid a parade of unscheduled visitors. She eventually conceals it, in a way which I won’t spoil, but which likely makes the eventual outcome far, far worse than it would have been.

Yes: it’s a horror version of classic Fawlty Towers episode, “The Kipper and the Corpse.” There’s a dead body which leads to a plausible but woefully ill-advised decision, then cascading into an escalating waterfall of farcical problems, finally resulting in total disaster that should have been easily avoided. Of course, Lynsky is not even a pale shadow of John Cleese, but we’ll forgive her for that, since no-one is. If gaining high marks for bothering to tell a complete story, the issue here is the complete lack of horror. Perhaps due to the Fawlty resonance, I found myself chortling far more than quaking in dread, though I think these comedic aspects were entirely intentional. It just felt severely out of place, after The Box had set the early tone.

With the third installment, Don’t Fall, we’re back to unfinished business. Four college grads go on a camping trip off the beaten path, only to stumble across native American hallowed turf. Gretchen (Wool) is stung by a scorpion, and before you can say “ancient Indian burial ground,” she’s turning into the same monstrous creature they apparently saw depicted in local pictoglyphs, and tearing apart her travel companions.

If that’s the shortest synopsis, it’s deservedly so, for this feels like the concept for a rejected SyFy Original Movie: ScorpionGirl. Again, the creators don’t seem to have realized that the short film is a very different thing from its feature-length sibling, so requiring a different approach as a result. Here, the Gretchen-monster kills the three others, and again, the segment ends with such abruptness you’re left to wonder if the camera crew were thrown off their location or something. It is perhaps the most traditional of the four pieces too, in terms of tone and content – though it’s up to you whether that should be considered as a strength or a weakness. It certainly doesn’t obviously share the “motherhood” theme of its colleagues. 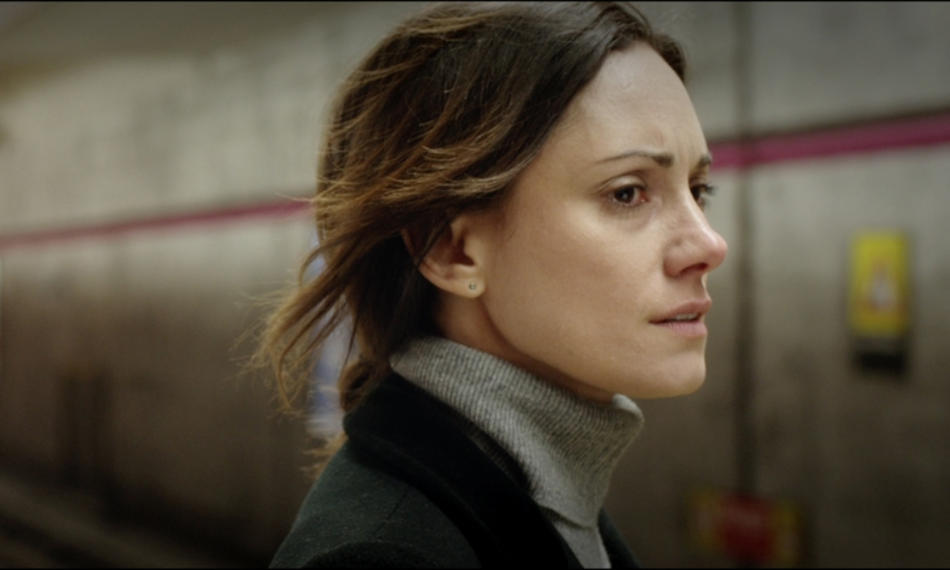 We finish with Her Only Living Son, from the director here you’ve probably heard of – Kusama broke out with Girlfight, but then turkeyed out with her next two films, Aeon Flux and Jennifer’s Body [the latter, written by Diablo fucking Cody, proves unequivocally that women in horror is not necessarily a good thing]. Kirk plays Cora, the mother of Alex, who is just about to become 18, and turn into… Could it be… The Antichrist? That’s more hinted at than anything else, not least in the slew of locals who seem creepily protective of Andy, from the mailman through to the school principal who airily dismisses the removal of a classmate’s fingernails as teenage drama.

The tension here is largely internal, a result of the conflict between Cora’s mother-love for her son, and the growing realization that he is a great deal worse than your usual surly and aggressive teenager (bad enough in itself). This does at least have an ending, of sorts. I’m just not sure that it makes much sense given what we’ve been seen. It probably would require considerably more build-up in order for the climax to become plausible. As is, all Cora has is really second-hand reports of Andy’s amoral activities, which make her final actions seem rather extreme, especially given the apparent depth of love she holds for her son.

I should also mention the stop-motion sequences which come before/after each of the live-action segments. Directed by Sofia Carillo, these reminded me of Jan Švankmajer’s work, particularly Alice, with its creepy dolls and neo-Victorian aesthetic. But like the rest of the film, it struggles to form a cohesive whole, and offers not much more than a wealth of atmosphere. If you’re content enough with that, then you’ll likely be more satisfied here than we were. Personally, I guess I prefer my horror to have stories with a little more balls.