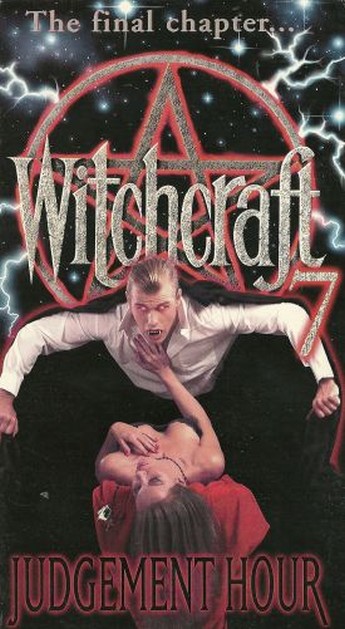 My original review, written February 2005, concluded “Though Byrnes and Christensen aren’t awful as actors, their flickerings here merely make the inept darkness of the rest of the movie even less bearable” – which got me an email from Christensen, who took it with good humour, I have to say [her life took a severe diversion a few years later]. This time around, I didn’t hate it as much. My original opinion, that Girard was the main problem, still stands, and there are way too many uninteresting sex scenes, but in between those, you could do worse. The focus is Martin Hassa (Schmalle), a vampire from Romania whose company is moving in with a corporate mission to take control of the nation’s blood supply. A party at his mansion ends in the death of a prostitute, and detectives Lutz (Christensen – yes, I know, the same character was male in part VI. Don’t expect any explanation) and Garner, are startled when the stiff gets up off the mortuary slab and starts roaming the streets of LA. Spanner (Byrnes: no, not the guy from Talking Heads) is also at the hospital, though his incredibly-whiny girlfriend Keli (Breneman) is unimpressed that he’s seeing another woman, even if her ‘rival’ is clinically-dead.

There’s occasionally a bizarre loopiness here that’s quite endearing. We first meet the cops, staking out a house, waiting for an escaped con to return: he does, only to have sex with his lady, using a blue police-light as a prop. What? Or when Martin seduces his first victim, he bukkakes her with milk from a straw. Who comes up with this stuff? [As an aside, the police are baffled by a security tape which shows only the victim, not the vampire. Apparently, I guess they must have missed the straw hovering in mid-air] However, this weirdness soon gives up, and the sex returns largely to vanilla-flavoured, though I did enjoy the cat-fight between Lutz and a topless dominatrix. Where things really fall down is at the end, where the film aims for the stars (Martin supposedly transforming into a bat), with a budget which might just cover a bottle-rocket and a packet of sparklers past their sell-by date. The results are embarrassing, even by the low expectations one has in the production department for this series. Shame, as the corporate satire involving vampires which is occasionally hinted at, could have been worth a look. If the series had ended here, as promised by the sleeve, it wouldn’t have been much of a surprise. But, wait! There’s more…