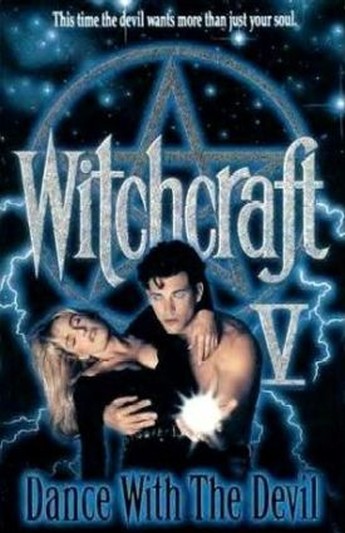 Reboot! While we still have Will Spanner here, there’s a new actor (Kennedy) playing him, you can toss just about anything mentioned in the first four films out of the window, and this is where the makers decided to ramp up the sex quota, to the degree where a more accurate subtitle would be “Blondes With Big Hooters Get Them Out. Repeatedly.” Hey, tell me you wouldn’t rent that. Anyway, Spanner falls under the hypnotic spell of Cain (Huffman), a sorceror who is intent on bringing back Lucifer by collecting souls – he probably needs 666 or something – from the LA nightclub scene. Spanner becomes his enforcer, collecting from those who made Faustian deals and subsequently “forgot” from where their success came. Assisting him is Marta (Sassaman), a former hooker/con-artist who provides most of the Hooterage; but concerned by Spanner’s personality change are his girlfriend, and the Reverend Meredith (Rose), a preacher who, conveniently, was recently possessed by a spirit of his own. So, as well as Marta, we have Spanner bonking his girlfriend and even the Reverend going at it with his assistant. Gotta love that liberal theology.

I can only imagine Huffman has the most powerful jaws in Hollywood: I say that because of the massive volume of scenery-chewing he does here. Really, I can understand a bit of tension when you’re trying to resurrec Satan, but there’s no need to be quite so… overwrought the entire time. There’s a reason this was his first IMDB credit, and the sole other one is a voice in a video-game, four years later. Still, if you’re a fan of what Michael Green used to call “coarse acting,” this will be right up your street. It is, of course, a supporting role to the sex scenes, to the extent that Sassaman’s left and right breasts probably each deserve their own credit. It’s clear the producers realized the well was just about dry for the original concept, and rather than abandoning the concept, opted to revamp it and, in a smart move, head for the soft-core horror audience instead. Hard to criticize a film which is clearly more interested in breasts than creating an interesting plot or characters, when the audience are likely right there alongside them. It’s a shallow B-movie at best, yet has little or no desire to be anything else and, as such, is not unentertaining – albeit not necessarily in the ways the makers intended.