With Lamberg also writing and producing this, it would be customary for my usual sentence or two about why it’s a bad idea for film-makers to wear so many hats. Yet this is evidence, there can be times when it works to a movie’s advantage, leading to a vision that is unaffected by compromise or collaboration. That particularly matters when the topic is a controversial one: I suspect a broader range of input here might have diluted the end product’s willingness to go head-on at its subject matter. They also might not have been prepared to stick around for the film’s long gestation, which goes back at least to early 2017.

The central character is Sam (Denke), a wannabe if not very good musician, who meets and falls hard for an older woman, Sally (Lamberg). This is extremely awkward, to put it mildly, because Sally is actually his biological mother, who gave Sam up for adoption 20 years ago, when she was just a teenager. This revelation triggers significant amounts of guilt and remorse on both sides, yet isn’t enough to overcome the pair’s apparent genetic sexual attraction, a controversial theory. Conversely, the film’s title reflects a hypothesis that people raised together will tend to find each other less attractive. [In related news: RIP my browser history] Certainly, society is unimpressed by Sam and Sally’s relationship, and this leads to increasing stresses, both external and internal. 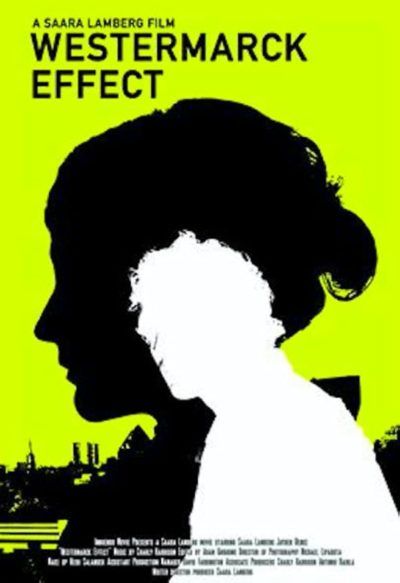 It all makes for uncomfortable viewing, and that feels like a good part of the point. Everyone here, from the members of Sam’s band to his girlfriend, Mint (Mannae), are forced to confront something which falls strictly outside the norms of human society. Hardly anyone does so with anything approaching calm rationality. That includes both Sam and Sally: it feels like the latter, in particular, fails to behave like the responsible adult in the room. While wanting contact with her child is certainly understandable, it feels like the right thing to do would be to break off contact. There’s also little mention of the fact he is barely half her age, something perhaps almost as problematic. These are hurdles the viewer has to overcome, to buy into the rest of the film. Whether or not you can, is likely going to be a significant factor in your overall appreciation of it, or lack thereof.

The film is peppered with dream/fantasy sequences, and this runs right up until the final shot. I’m still not 100% certain whether it’s a happy ending, or Sally’s fantasy of what she wants to happen. It also feels bluntly Australian in some ways. For instance, when they meet Sally’s father, her brother introduces himself to Sam with a cheery, “I’m the fuck-up.” [Some viewers may disagree…] I guess only the straightforward Aussies could make a film which tackles this topic in such a direct fashion, and asks the obvious question. Sam and Sally are both consenting adults when they meet: does society have a right to interfere in whether or not they subsequently have a relationship? Recent trend seems to point to “No”; personally, I’m less convinced that’s entirely a good thing. It’s a conversation worth having though.