Don’t get me wrong. I quite liked Everything Everywhere All at Once. I just didn’t think it was as great as some people have claimed. Oh, it was certainly great to see Michelle Yeoh finally getting to star in a Western movie. I wrote my first Yeoh review – Magnificent Warriors – back in 1991, I suspect before many EEAaO fans were born. I have been there every since, though the Hong Kong years, the waste of her talents which was Tomorrow Never Dies, the triumphant return of Crouching Tiger, and on to the steady stream of solid supporting roles since. The woman has paid her dues, and certainly does not disappoint in EEAaO.

In fact, she’s likely the best thing about it, for I did not have to look very far to find significant flaws in the movie. It didn’t need to be 140 minutes long. Having hot-dogs for fingers is not so funny as the makers seem to think. Why, with all the multiverses at her disposal, is kung-fu the only talent her character Evelyn ever bothers to use? It feels, very much, a movie for the attention-deficit challenged, those who get bored with anything longer than a Tikky Tok. As I said in my review, “The problem is, it tries too hard to live up to the title. Sure, give us everything, everywhere. I’d just rather it hadn’t done so, all at once.”

There are movies which I don’t particularly consider among the greatest of all time, yet I can see why people might do so, and wouldn’t argue with them. The Shining is a good example. I can appreciate its merits, though for one reason or another, it’s not for me. However, EEAaO is more like Pulp Fiction, in that it’s a film whose shortcomings seem so obvious, I’m baffled as to why it’s so beloved by some people. For those who like it, seem to really like it. On Letterboxd.com (the trendy folks’ version of IMDb), it became the highest-rated movie ever.  Even on the IMDb, it reached as high as #9.

I am comforted that, despite the latter piece stating, “It is reasonable to assume that Everything Everywhere All At Once will, at the very least, remain within the top 50 for quite some time, if not the top 10 as well,” this has not happened: reality has set in. Barely two weeks later, never mind top 10, it had dropped out of the top 100. At time of writing, it was ranked #130 on IMDb, and on Letterboxd, had sunk to tenth. But I suspect this will not stop a slew of, frankly, ridiculous articles in praise of the movie. Let me present you with some choice examples, and then unpack each in turn.

Hyperbole in film criticism is sadly common, and I typically react to it the same way: dismissal. When browsing IMDb reviews, if I ever see “worst movie ever” (and given the kind of films for which I browse IMDb reviews, that’s not uncommon), my reaction is typically, “Well, you clearly have not seen many movies.” Get back to me after watching The Creeping Terror, then we’ll talk. The same goes for the other end of the spectrum, of which this piece is full. We’re informed the film has “gone straight into my favourite films of all time, why I think it’s one of the best films ever made and why you need to drop everything, go to the cinema and watch it immediately.”

Who can argue with such a definitive opinion, especially when it comes from the author of such pieces as, “We ventured to Coventry to see what it’s actually like to go for food at Binley Mega Chippy” and “Ranking the vibes of the 2022 Islanders, based purely on their official Love Island pictures.” This is not a person whose opinion I would trust about the time of day. Setting that aside, what makes the movie so special? He tells us: “Everything Everywhere All at Once is a ginormous film.” Well, glad that’s all that cleared up. To be fair, the author does explain in more detail – but it’s all about how it made him feel. There’s absolutely no explanation of why anyone who is not a gay man with parental relationship issues should see it. This is purely film criticism as egotistic masturbation. 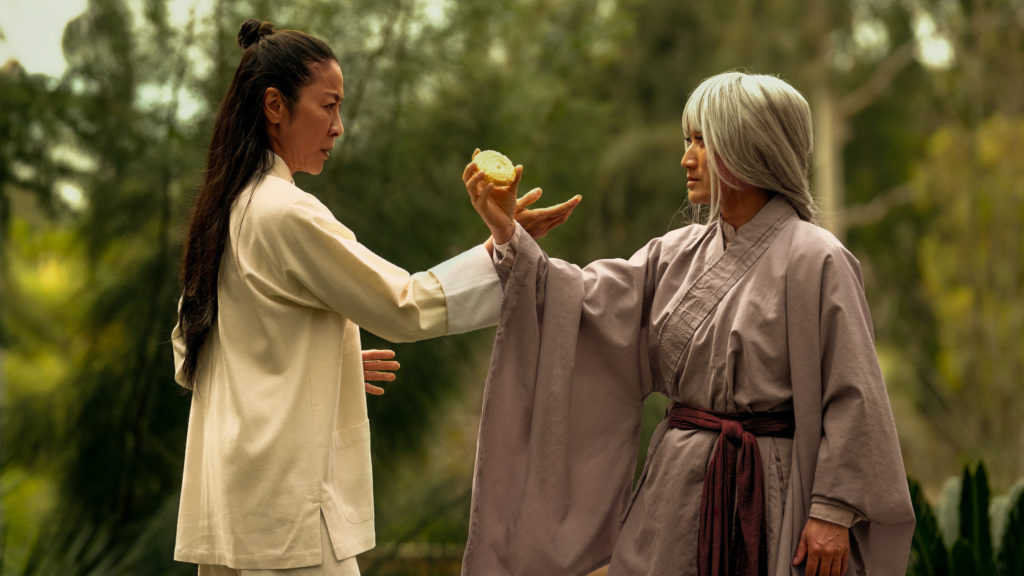 How Everything Everywhere All At Once Changed My Life

It is a central tenet of my faith that movies do not change lives. Watching Child’s Play did not make anyone kill James Bulger. The Matrix did not trigger the Columbine school shooting. When Cho Seung-Hui killed thirty-two students at Virginia Tech, it wasn’t because he had watched Oldboy. Now, films can colour the deranged fantasies of the mentally disturbed, like Daniel Gonzalez. But loonies gonna loonie, whatcha gonna’ do? As a corollary of this, I have to conclude that neither can movies be held responsible for any positive changes in anyone’s life. But I guess we must defer to the author of “I Tried 4 Different Fitness Classes at UCSD”.

Though after reading the piece several times, I am still not sure what happened to her life. The closest I could find was the final sentence, where she says [emphasis added] “This movie potentially changes your perspective on life,” which is a completely different claim from the headline. Of course movies can present you with new experiences, which can impact how you see things going forward. But they’re like getting drunk or taking drugs, in that you won’t get any presents you didn’t bring to the party yourself. If you decide, as a result of watching the idealized fantasy presented by EEAaO, you need to reconnect with your mother, both this and any resulting consequences are on you. They are not Michelle Yeoh’s fault.

A particularly brave pronouncement this, given that we are only about one-quarter of the way through the decade. Seems a shame for the author to be wasting his time-travel skills on something so banal as a movie. The logic to his argument is as follows. The film ‘has the feeling of a thoroughly 2020s movie. It’s inextricably tied to the COVID-19 pandemic, a time when sudden isolation left many of us asking some combination of the questions “What matters?” “Does any of this possibly matter?” and “How do we seize our own joys, or create our own meanings?”‘ No, the questions most non-hipsters were asking, flew more along the lines of, “Where can I get toilet paper?” or “Should I be concerned about this cough?”

It’s not even as if the film has been seen by enough people to have a significant cultural impact. In terms of US box-office, it sits between Jackass Forever and Dog. and only ranks third among the ridiculously specific genre of “2022 multiverse movies”, a long way behind Dr. Strange 2 and Spiderman: No Way Home. I suspect EEAaO will end up being a mere blip on the radar, its influence likely terminating entirely after the Oscars next year. While I am totally on-board with a star of The Heroic Trio getting an Academy Award, I strongly suspect that the rest of the decade will view the movie less kindly, and it will be all but forgotten by the time 2030 rolls around.

How Everything Everywhere All At Once Became a Juggernaut

Only if you have an exceedingly loose definition of “juggernaut”. At the time the piece was written on May 20, it marked EEAaO‘s 56th day in release, appearing in as many as 2,220 theatres, and it was just about to creep across the fifty million dollar domestic box-office line. For comparison, Top Gun: Maverick took $52 million on its first day of release. That is an actual juggernaut. Though if you value your sanity, I would strongly recommend against going on Twitter, Reddit, etc. and suggesting Tommy’s heady blend of jingoism and adrenaline might be in any way superior to EEAaO. The amount of imaginary Internet points you will lose as a result defies belief.

The article describes it as “an arthouse hit,” which seems a little odd, since it’s almost entirely in English, stars well-known names like Yeoh and Jamie Lee Curtis and (as noted above) multiverses are currently the in thing. Again, for comparison, Yeoh’s Crouching Tiger had a $128 million domestic take, which equates to $215 million when adjusted for inflation. Once more: actual arthouse juggernaut. Part of the reason for the fawning is the cult surrounding distributor A24, which has its fanboys, in a way no other company has. This is why we have the Internet cancer which is Buzzfeed, posting articles like “19 Hilarious Tweets Only True A24 Fans Will Understand.” That whirring sound you hear, is my eyes rolling.

Again, I have to stress that I liked Everything Everywhere All at Once. It was a good film, and the 140 minutes passed in a generally amiable fashion. But it is not the movie of the decade and did not change my life. If it changed yours, I think this perhaps says more about you than the movie.