This one starts with two young men, Eric (Bewls) and Reese (Andres), moving to the small, rural town of Wakefield, to open a B&B. If not the gayest thing I can imagine, it’s probably ranked – and that’s before the banter about lube. But, in a shocking twist, they’re actually straight. That’s not the worst of their problems. It turns out the B&B was previously home to notorious serial killer Nathan Cross (Archer), who killed six woman before the seventh escaped. Also being troubled by disturbing dreams, Eric brings in local psychic, Chloe (Seim, who wrote the script too), and a box of Cross’s video-tapes are found. I’d say the local cops did a really poor job of collecting evidence.

In a monstrous sidestep, solar flares bring Cross back from the grave because, according Chloe, he has unfinished business. This also leads to the dead apparently walking among the living, and worst of all, poor quality FM radio reception. Though this angle is handled with little more than pseudo-scientific babble, and you wonder why they didn’t stick to vanilla flavoured paranormal shenanigans. Perhaps because Seim “rewrote the entire script while on set,” after Lopes took over from the original director a week into shooting and felt “the initial version was not working.” Given all this, I’m somewhat impressed the end result is at least tolerable from a technical angle. It does explain why it feels like the creators were making it up as they went along: because they were. 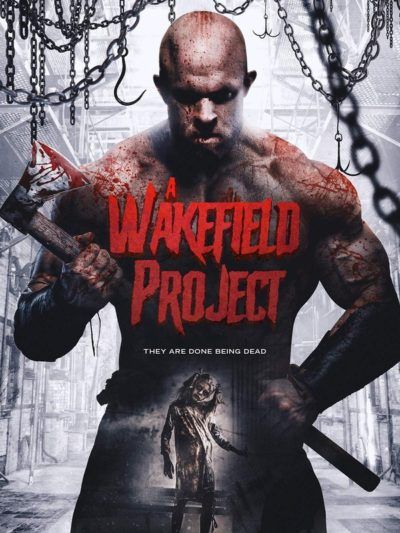 A lot of the elements here feel like cheap knockoffs of a “proper” movie. The two leads resemble low-rent versions of Chrises Pratt and Hemsworth, while Jean Yves Andre’s music sounds as if you ordered a CD of John Carpenter’s iconic Halloween score on wish.com. Indeed, it feels as if every male role was cast from a local pro-wrestling federation. This means you get reasonable physical presence, and not enough in the way of acting talent to salvage dialogue that peaks at marginally serviceable. Archer likely comes off best there, simply because he is given least to say. Among the other sex, Seim isn’t bad – writing your own dialogue comes with obvious advantages.

In the end though, it’s the story which is far and away the weakest element, and drags the film down to its limp grade. It tries to cram too many elements in, and proves woefully incapable of doing any of them justice. Dreams. Serial killers. Ghosts. Or maybe zombies. Solar activity. Romance. Bromance. Admittedly, you will not have seen this exact combination before. Yet this doesn’t make for a good movie, any more than lobbing every ingredient from your pantry into a crock-pot will result in a cordon bleu meal. Quite what the “project” of the title is, never becomes clear either. Perhaps it’s the B&B. Though I’m inclined to suspect it’s a tacit reference to the script which, like the B&B, apparently remains a work painfully in progress, and definitely in need of renovation.