This is an annoying movie, because there is a good deal of potential here, and there are points – entire chunks on occasion – where it’s turned into genuine effectiveness. Yet the makers are never able to do this on any consistent basis, turning away from what works, to elements that are uninteresting, irrelevant or simply incomprehensible. For instance, if you can explain in specific detail what actually happens over the final 15 minutes, my DM’s are open. Yet the initial set-up is fine: Gothenburg is witnessing a series of apparently ritual murders, the victims nailed face-down on the floor and with a symbol carved into their backs (above). 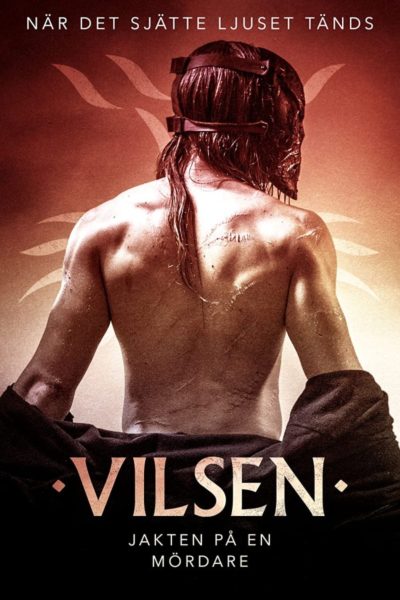 The police, led by Göran Lidman  (Sjögren), are largely baffled until Pastor Gabriella (Zetterberg) shows up, linking the crimes to a shadowy religious group called the Sons of God, of which her father had been a part. They are working on an occult ritual, linked to the upcoming solar eclipse, which will send mankind into an age of darkness. When the film concentrates on this angle, it isn’t too bad, with a nice sense of impending doom as the social order in Gothenburg begins to crack at the edges (it’s never made clear if this is being provoked by the Sons of God or not). It’s obvious Gabriella has her own motives and agenda, which overlap with Göran’s rather than being in line with it, and that tension would have made for an interesting driver of the plot.

Key words there: “would have.” For the movie instead diverts its energies into stuff like Göran’s marital strife. This eventually ends up in him having an affair with his son’s teacher who, in an unfortunate turn of events, is apparently named Siri (Idha). She does end up being relevant to the film’s climax, as the cult prepares its final sacrifice during the eclipse. Yet so much of what happened to get there could easily have been cut out. It doesn’t help that Sjögren has no charisma whatsoever, leaving the usual Scandicrime trope of “detective whose family life is sacrificed to their job”, lying flat on the pages of the script. Zetterberg does better with her character, and should have been more than the second fiddle.

Certain scenes here do work well: the black-robed and masked cult are reasonably impressive in action, and the twisted version of fundamentalism on view is chilling. In contrast, the Swedish cops appear largely useless, not least because of a curious aversion to firing their guns (at least until the very end). Had this religious cult been operating in the USA… Well, one word: Waco. That aside, the film just about managed to hold things together until the climax, which I watched twice, simply because I wasn’t able to figure it out initially. The second time didn’t help. Give the script a rewrite and we could have had something worthwhile. Providing there was also a different director, and lead actor.