Let’s set expectations early. It’s a Netflix presentation, and so, with an appropriately heavy heart, let’s dig in.

The opening scene is a rural-idyll village wedding set in a small square, lined with white-washed houses atopped with terracotta Roman tiles. It’s almost set, sat ready, waiting for a stage in the Vuelta a España to pour through. Alas, instead the celebrations are interrupted by large trucks belching their exhausts, to deliver the most uninvited and unwelcome of guests, a man portentously wearing more black than Darth Vadar, and, well, pretty much what you’re expecting unfolds.

So, it’s a warm welcome to the Spanish civil war where we’re with both sides, and where next we meet an irritatingly tedious jerk facing a firing squad. You’ll recognise the tone, cocky, joking, and full of hubristic arrogance, so certain that he’ll make it to the final reel. And, whodafunkit, ‘amazingly’ his saviour swoops in, just at the last moment. 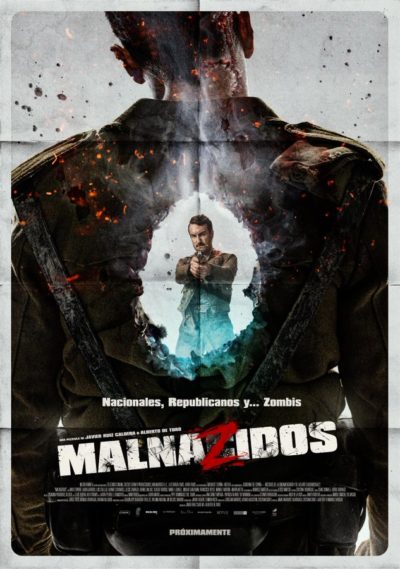 Our ‘hero’ gets his just reward in the shape of a suicide mission that takes him into Communist-held territory and ultimately to the village. His companion comes from the plot device that he can’t drive, and so he and his Pancho head off into some very pretty scenery, bickering as they go. Think of any script given to snappy-sassy Ryan Reynolds. God it’s tedious stuff.

Anyhoo, it all jogs along at a decent pace, and they are soon captured by communists and then liberated/recaptured by fascists.

And so, deciding that working as a group is better than dying alone, the whittling down can begin in earnest.

And overall? It’s actually well enough done, with just enough acting, thrills and pretty scenery to keep it interesting.  Worthy of note is that it is a Spanish language film that has been dubbed with some very Ameri-can voices, which (for me) upsets and detracts from the tone notably.  You may note that I didn’t name any players.  Well, that’s because there’s no point as they are all pretty interchangable and in some cases almost absent until ‘their moment’.  If this is due to it being edited then I’d say that it’s a good thing, as it’s fine at its 100-minute run time.