Belle White (Nordeng) is making her way through law school, largely without help from anyone. To make ends meet and pay for tuition, she’s an exotic dancer, and under the name of ‘Roxy’, has just taken up a spot at a new club, run by Craig (Romo). It’s not long before her situation is disturbed by a creepy patron, who seems to have developed an unhealthy obsession with Roxy. There’s also another punter, Andrew (Harrington), who showers Roxy with cash, and just wants to talk. However, he has issues too, strongly believing she’s too good for this sort of thing. As things develop, it slowly becomes clear that Roxy’s original stalker is a lightweight compared to Andrew, who will stop at nothing to “rescue” her from the life she has chosen. 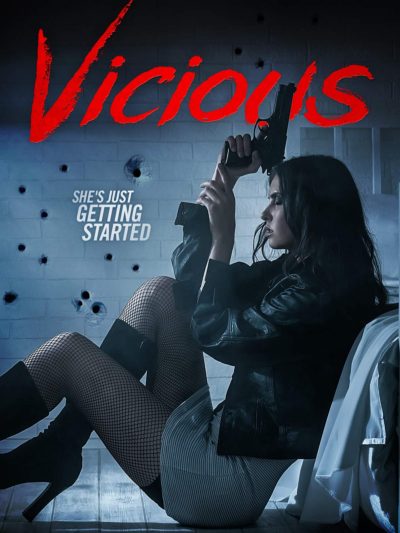 There are two different aspects to this film. There’s the drama, focusing on the relationship between strip-club patrons and performers, which (I can confidently state) is considerably more complex than it first appears, in terms of power dynamic. And there’s the thriller angle, in which Andrew turns out to be a mad slasher, who won’t let anyone come between him and his obscure object of desire. I have to say, I found the latter considerably less interesting. Quite a number of the elements required significant suspension of belief, not least Andrew’s ability to appear and disappear inside the club like a ghost. Then there’s Belle’s unfortunate Tazer experience. If she’d taken Andrew’s advice and packed some heat from the beginning, we’d have saved about an hour of running-time.

Far more effective is the early going, before it’s clear Andrew is a loony. Some of their conversations have the ring of truth to them, and particularly memorable is the sequence where he challenges Roxy to spend the entire night dancing, either on the stage or in private dances. With her in urgent need of tuition money, she accepts, but the experience eventually degenerates – in part due to Andrew’s incitement – into a complete nightmare. It’s genuinely disturbing, depicting masculinity at its most toxic. I wish the film had stayed operating in this psychological realm, with Roxy and Andrew battling for mental dominance, rather than going down the more conventional route of stalker fandom.

Credit is due to Nordeng, who manages to portray Belle/Roxy in a way that avoids most of the cliches of characters like this. Though you can always argue that the whole “stripper working her way through college” is pretty cliched in itself. Have to mention though, roughly 97.6% of exotic dancers I’ve seen are better endowed in the breast department. Hey, I’m just sayin’… I also appreciated the alternative soundtrack in the venue, a sharp contrast to any time I’ve been in a Phoenix strip-club. That is not, admittedly, for some time. Though if they played other than shitty hip-hop, I might well be a more frequent visitor! I recall the London bar where one dancer did her act to the RevCo cover of D’Ya Think I’m Sexy? But that’s a story for another day…