I think I enjoyed this considerably more than on my previous viewing. I appreciated the twisted sensibility on display, as well as the graphic (by Hammer standards, obviously) sex and violence. It begins strongly, with a mob storming the castle of Count Mitterhaus. He has seduced the wife of the local schoolmaster Albert Müller, and just finished a light snack of a little girl. Before being staked, he curses the village, and Mrs. Müller is entombed with him. 15 years later, the village is under quarantine due to a lethal plague. Mysteriously appearing in town is the Circus of Nights, run by a gypsy woman (Corri), along with the Count’s cousin, Emil (Corland). They’re out for revenge, and are intent on using the blood of the local children to revive the Count.

On the side of the good guys, there is quite a bit of ineffective faffing about in the early going. The local burgermeister (Walters) is particularly useless, especially with regard to keeping Emil away from his daughter, who is positively dripping for the performer. The town physician, Doctor Kersh pooh-poos any discussion of a curse [He’s not wrong with regard to the disease, which ends up being a virulent strain of rabies spread by bats]. Anton (Moulder-Brown), the doctor’s son, is one of the few to realize what’s going on, and has to rescue his girlfriend, who is increasingly falling under the spell of the circus and its members. As things escalate, the troupe become more brazen in their attacks, doing little to conceal their acts. When Dr. Kersh returns from the capital with news of deaths that have followed in the Circus of Nights’ wake, the townsfolk take a stand against the powers of darkness, as they did 15 years previously. 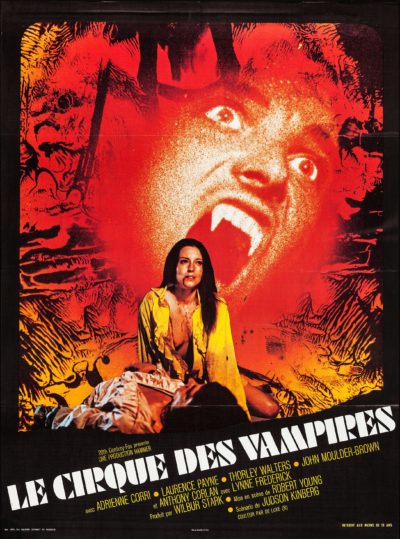 Right from the start, with Mitterhaus chowing down on an underage victim, there is a subtext of pedophilia. It’s partly a result of the previous 15 years of Hammer vampire movies, which emphasized the sexual angle. So, when the targets become children, as here, there is an almost inevitable and uncomfortable association – even if the film doesn’t make it explicitly. You can add a strong undercurrent of bestiality, since as well as the whole tiger-woman act, the film could plausibly be sub-titled Lust for a Panther. There’s more than a whiff of incest to be found too, in sibling acrobats Helga and Heinrich. And I didn’t even mention the midget, who seems suspiciously cozy with the gypsy.. All told, this is likely the most perverse entry in the Hammer catalogue. There’s hardly a straightforward, monogamous relationship to be found in the movie. No wonder the BBFC initially requested significant cuts (albeit mostly for violence), while the original American release removed the performance of Milovan and Serena altogether.

There are some shaky elements, such as the fact that nobody in the village recognizes the gypsy woman. I dunno, maybe 19th-century Serbia was the birthplace of plastic surgery or something. Shooting was reportedly shut down after Young went over schedule, with editor Peter Musgrave told to put together a film from what was available. Given this, some rough edges are understandable, and generally, it is an excellent counterpoint to the oft-made claim that the studio produced little of worth in the seventies. Hammer were clearly aware of the need to change with the times, revamping (hohoho!) the mythology and dragging it into the modern world. At least the bats here look real, rather than being HoverBattm. This may not be what comes to mind when the term “Hammer vampire film” is used, but it still has plenty to offer. 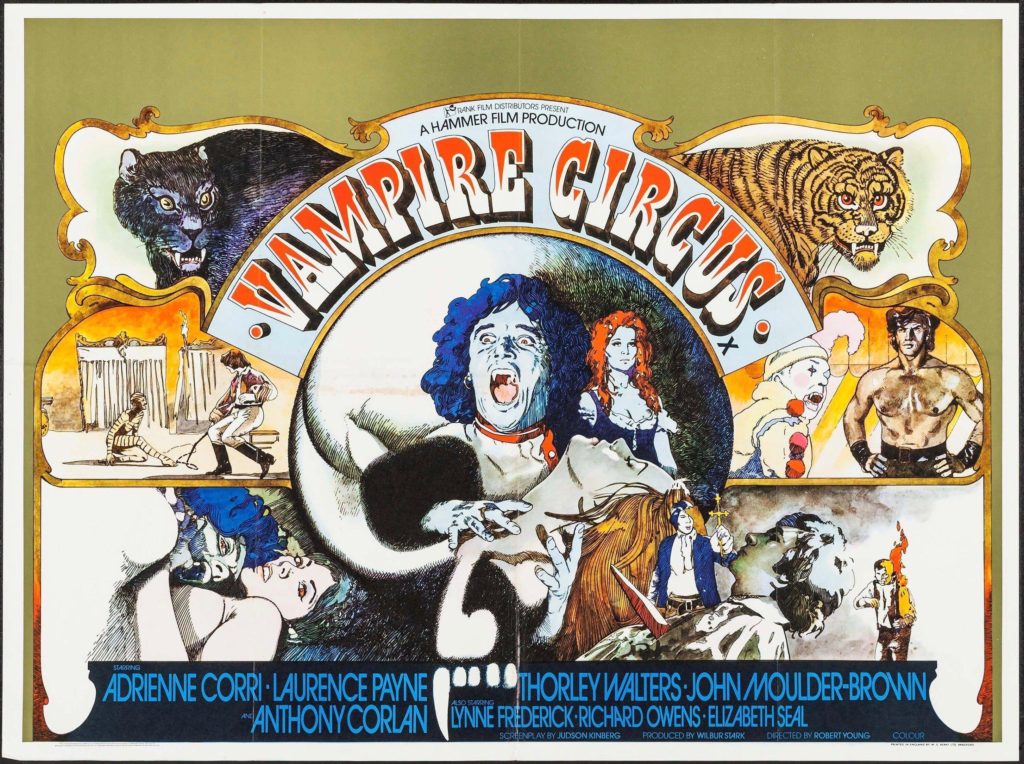 [September 2013] There’s a whole bunch of interesting distractions in this. Anton’s girlfriend is played by the future Mrs. Peter Sellers, Lynne Frederick, while the circus performers include both Dave ‘Darth Vader’ Prowse, and Lalla Ward, who’d go on to be both a Doctor Who assistant and (briefly) Mrs. Tom Baker. The rest of the film is a bit more of a mixed bag: Corri is good, and Corlan has a nicely-feline look, transforming from a panther, but it’s definitely a problem that the main villain, Mitterhaus, spends the bulk of the movie lying in his coffin, and is entirely forgettable as well. The whole “plague” aspect is brought up, and then rapidly discarded, despite the potential for drawing parallels between vampirism and disease (as in Nosferatu), and Prowse’s strong-man character is equally superfluous.

However, things like the frequent and creepy hurdy-gurdy music help generate a nice sense of atmosphere, and the film does beat Cat People to the punch by a decade, in its “half-human, half-black panther as sex object” angle. All told, it works well enough, provided you take this on its own merits. Indeed, it pretty much has to be seen as such, because there’s little if any connection, in style or content, to any other of the seventies Hammer entries. C+