This was very much a breakthrough feature for Verhoeven, who had worked previously with Hauer on the hit TV series, Floris, best described as a Dutch version of Robin Hood. Though originally aimed at children, it was appreciated by adults as well – but could hardly have been more different from this. For what you have is an earthy, to the point of raunchy, love-story between Eric (Hauer), a sculptor, and Olga (van de Ven), the daughter of a well-to-do store owner. Much of it is told in flashback: we initially see Eric in the aftermath of their break-up, when he is engaging in serial promiscuity and vague misogyny as a reaction to his loss, as well as having violent fantasies of revenge [similar to the protagonist in The Fourth Man, a subsequent Verhoeven movie].

We then go back to two years previously, when she picks him up hitch-hiking. Thus begins a passionate affair, which initially draws the disapproval of her mother (Huurdeman), though her more easy-going father (van den Brink) is far less bothered by him. Still, they eventually get married – apparently, in the Netherlands, group weddings involving multiple couples at once are a thing. Maybe you get a discount for bulk? Anyway, the sheer energy of their relationship cannot be sustained forever; the light that burns twice as bright, burns half as long, perhaps? Her increasingly erratic actions, coupled with his jealousy, eventually leads to a split. Though fate is not quote finished with the couple, bringing them back together into each other’s lives. 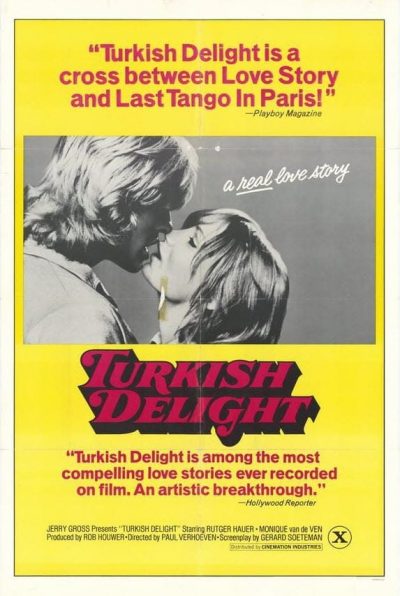 It’s very definitely a product of its times, when free love was the defining element of the era for some, with women’s liberation still trying to figure itself out. Let’s be honest: Eric comes over as a bit rapey, though judging the film by 2019’s #MeToo standards is a ludicrous concept. Yet the fresh-faced Hauer possesses a charisma which makes it easy to see why women fall for his schtick in droves. However, there’s no doubt  he also cares about Olga deeply, even if his refusal to compromise is a significant factor in what drives them apart. It is complicated, messy and there are no heroes or villains to be found here. In other words, it’s just like real life, and impressively grounded, despite all the societal changes over the ensuing four decades.

This remains the most successful film in Dutch cinema, being seen on its release by a number equivalent to about a quarter of the nation’s population at the time. There are some elements which perhaps have lost their meaning through the haze of time, such as the elements of social satire. For example, an interlude where the Queen of the Netherlands shows up to unveil one of Eric’s statues has no punch, and showcases Verhoeven’s lack of comedic sensibilities. But the darkness which bookends this is both unexpected and effective. As the poster (right) suggests, the film demonstrates the marked difference between this and Hollywood saccharine like Love Story, not dissimilar in theme and released three years previously. 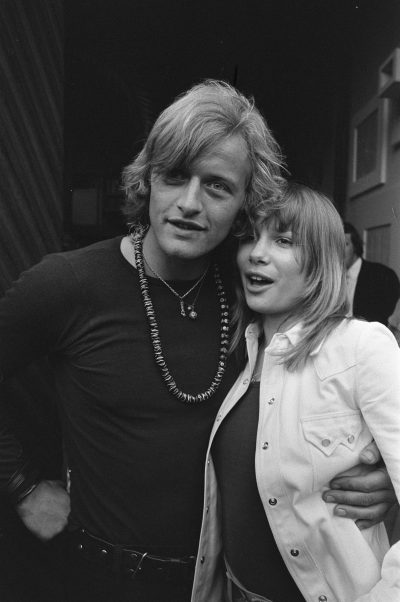 Original review. Deja vu. Going by the cast and crew list on this one, you could be forgiven for thinking you’ve seen – or at least read about – this before. Hauer, Van De Ven, Verhoeven and De Bont all make a re-appearance, together with frequent Verhoeven scriptwriter, Gerard Soeteman. Hauer’s character, the appropriately named Eric Bonk, also seems straight out of Dandelions, a serial woman-hater for whom a one-night stand is a long-term relationship. In this case, however, rather than a quest for perfection, it’s down to events in his past, flashbacks to which occupy the majority of the movie.

This kind of role suits Hauer down to the ground, and Verhoeven seems better able to handle the ensuing emotional intensity than Adrian Hoven manages. It’s irregularly amusing, with Hauer’s wild character causing chaos in a variety of forms (for example, one of which involves a statue, a dress that won’t stay up, and the queen of the Netherlands!), and all supporting roles are solidly presented. At first, the new love he’s found seems ideal for him, but the flashback structure means we know it’s doomed to failure – the only questions are how and when. It manages to avoid too much of the classic 70’s style, so unerringly hit by Dandelions, and is worth a look; it’s now out on sell through, unashamedly trading on both star and director’s subsequent careers! C+