Paul Verhoeven hasn’t made a full-on feature since Black Book in 2006, though later this month sees the release of Elle. In between, he worked on this for Dutch TV, as part of a project there which saw a collaborative approach to an eight-part script, with Verhoeven directing one version, and a community-based alternate, involving five different teams. No idea what the latter looks like; the former results in a 53-minute romp that fair gallops along, making up for in energy what it may lack in cohesiveness. A 50th birthday party for married businessman Remco Albrecht (Blok) is interrupted by the awkward arrival of a former girlfriend – now, heavily pregnant. Meanwhile, his company is teetering between collapse and a hostile takeover, and he’s having another affair, this time with the best friend of his daughter (Jansen). 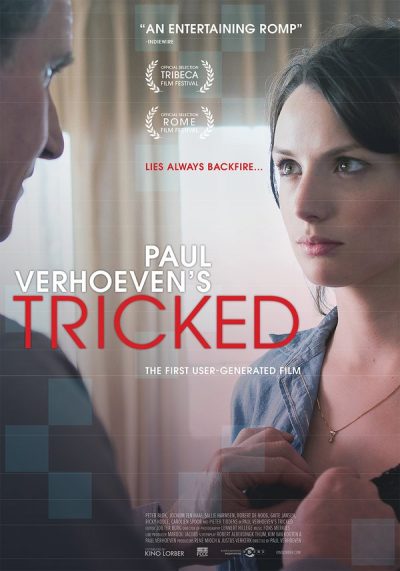 It’s in Verhoeven’s wheelhouse, even the amoral [and it’s hard to defend Remco’s wholesale deception] being painted with some empathy. And even as the focus also shifts, from father to daughter to wife to business associates, and the plot crams in enough twists for a film with twice the running time. the characters become three-dimensional in a way from which many directors could learn. Maybe it helps having actors and a director who genuinely don’t yet know what fate (or, at least, the Internet) has in store for them. If you didn’t know its “cinema by committee” origins, you wouldn’t guess them, with Verhoeven and his crew weaving things together into an entertaining romp, even if it does occasionally feel like a web series You’re certainly left wanting more, with a final line that doesn’t so much tie up the loose ends, and splinter things off into a myriad of further possibilities – it’d be in line with the approach here, to go and write your own sequel.