Well, it has certainly been a long time since I’ve been so flummoxed by a movie. I was expecting something like an episode of Poldark, with which the film shares a similar setting, of Cornwall and its tin mines [albeit a couple of hundred years later]. It does have that. But this cinematic adaptation of a stage play by Miracle Theatre, opts to use green screen to fill in its backgrounds, rather than… Oh, I dunno: going to Cornwall. Which, last I checked, was still there. And quite full of historic houses, tin-mines, etc. as far as I’m aware. It would likely have been simpler, cheaper and certainly a great deal less distracting than having scenes where actors are obviously pretending to walk in front of non-existent buildings. 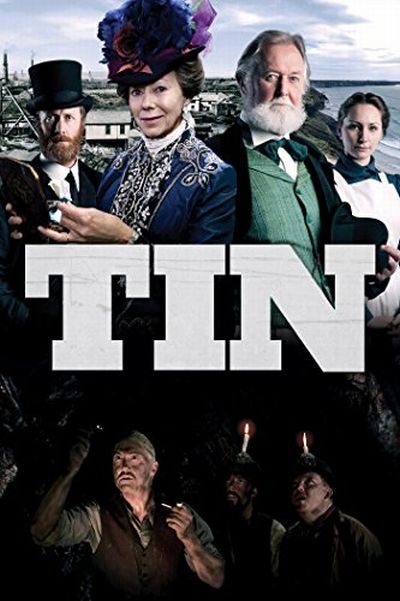 It’s a bit of a shame, since the plot and some performances are by no means terrible. Based on Edward Bosanketh’s 1888 novel, it tells the story of a small town, whose mine is the local lifeblood, but which is teetering on the edge of bankruptcy. An angel shows up, in the form of a travelling opera company, run by Mrs. Dawson (Agutter), who invests in the mine. Almost immediately, the miners strike a vein of the much more lucrative copper. Hearing of this, the local bank owners decide to pull a fast one, with the connivance of mine captain Rundle (Dyson), so they can claim the suddenly valuable enterprise. The only thing standing in the way is Rundle’s maid, Nel (Bendell), who overheard the swindle. But can she undo the schemers?

I can see how it would have worked on the page, and could even have made for a solid Victorian melodrama, complete with villainous twirling of a waxed mustache. But the high-tech approach taken rarely, if ever, enhances the proceedings. Indeed, it far more detracts from them, not least because the cheapness of the approach is obvious. The green-screen work here feels like about the level you might knock up in the garage for amusement, on a wet Saturday afternoon. It hardly provides the seamless integration of characters into the (virtual) settings which it needs to offer.

The performances are occasionally problematic too: they don’t seem to be consistent in tone across the roles, which is occasionally jarring. I’m not sure if this is a result of the cast largely being brought over from the stage version. Acting there is a different creature and needs a different approach to film, something I’m not sure some of the cast – and possibly even the director, making his feature debut, following a lot of stage experience – grasp fully. The gap between many of them and Agutter is obvious  and palpable. She’s acting; they’re performing.

I think Agutter is now up there with Dame Judi Dench in the pantheon of Great British Veteran Actresses. By which I mean, she is apparently comfortable in a loud, lurid blockbuster like Captain America: The Winter Soldier (see Jenny kick ass!), or in something tiny and niche, such as this. She’s a delight to watch as ever – shame that much of the rest, is a bit of a mess.