It’s 1980, close enough to the death of General Franco in 1975, that much of Spain is still adapting to life without him. This includes the cops: veteran detective Juan Robles (Gutiérrez) has a murky history of collaboration with Franco’s secret police, while his young partner, relative newcomer Pedro Suárez (Arévalo), possesses a much more rebellious streak. Still, they work well enough together. Their latest case is the disappearance of two teenage girls in a remote. low-lying rural area (hence the title – at least in English, the Spanish one being the rather more cryptic, La isla mínima, “The Tiny Island”). It isn’t something with which they’d normally bother, but the mother is the relative of an influential judge. 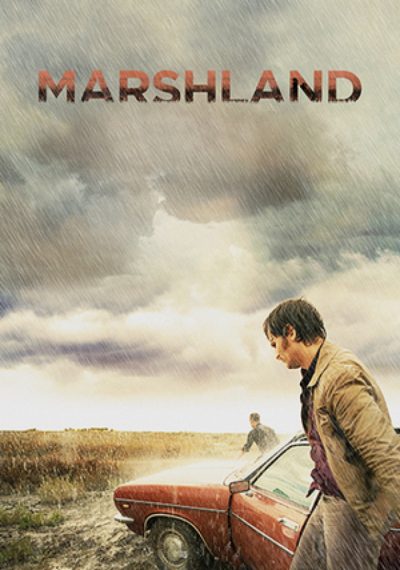 However, there are a number of unsavoury aspects muddying the waters, beginning even before the victims’ corpses turn up, raped and disfigured. Salacious, partially-burned negatives of the girls with an unidentified man turn up. The area is a hot-bed of smugglers, who are strongly averse to having the police poking around. There appear to have been previous cases in the area, with marked similarities, suggesting a serial killer at work. The local psychic offers her insight. And a supposed deserted hunting lodge, turns out to be the epicenter of a local sex trafficking ring. Political ties and other local influence, also hamper the investigation.

The above perhaps explains why I found this rather over-stuffed. It’s the kind of tangled mess which, rather than a feature, might have been better served by an eight-episode series. On HBO. Perhaps starring – oh, I dunno – Matthew McConaughey and Woody Harrelson. Yeah, if you’re getting a whiff of True Detective here, you’re not alone. The setting does give proceedings a uniqueness it definitely needs, since the plotting is not much more than a complicated take on “evil lurking just beneath the surface of a small town,” which we’ve seen often enough before. While the aerial opening credits are stunning, I’m not sure my awareness of early eighties Spain was quite up to the task of appreciating any local subtleties.

Another obvious parallel would be as a Hispanic version of “Scandi-crime,” and it was a hope for something along those lines that largely triggered my interest in seeing this. It’s not the same: indeed, the portrayal of the detectives here almost pander to what could be seen as a stereotypical portrayal of the passionate Latin, in contrast to their cool Nordic counterparts. It must also be said, policing was apparently a great deal easier in eighties Spain. Need to rough up a suspect? Go right ahead! Want to tap someone’s phone? Why bother with a pesky warrant! In this, it echoes Rodriguez’s earlier period policing piece, Grupo 7, which similarly depicted the grey lines between good cop, bad cops and effective cops. Maybe a bit too close for comfort: I’d likely prefer to see the director mining another seam of urban realism for his next movie.