Lee wasn’t originally supposed to be in this at all. The focus was intended to be Ralph Bates’s young, aristocratic scoundrel Lord Courtley, who was going to rise after death as a vampire and take revenge on his killers. But the US distributors demanded the inclusion of the actual Dracula, not some upper-class wannabe. So the story was rewritten, with Lee being brought on board. And, boy, can you tell, because the script is a complete mess – in particular, the arrival and departure of the Count.

The former doesn’t happen until the 43-minute mark. Before then, we have a meandering narrative, in which a travelling salesman (Roy Kinnear) stumbles into the last few minutes of Dracula Has Risen From the Grave. He ends up with various artifacts, such as the Count’s cape, ring and dried blood. He sells it to Courtley, who has teamed up with three bored middle-aged men, looking for a thrill. The resulting ritual ends in the lord’s death, and he turns into Dracula, because… it’s necessary for the rest of the movie to happen. Inexplicably, the reborn Count – who has never given a damn about any minions before – decides to seek vengeance for Courtley, seducing the daughters of his killers and turning them against their fathers. 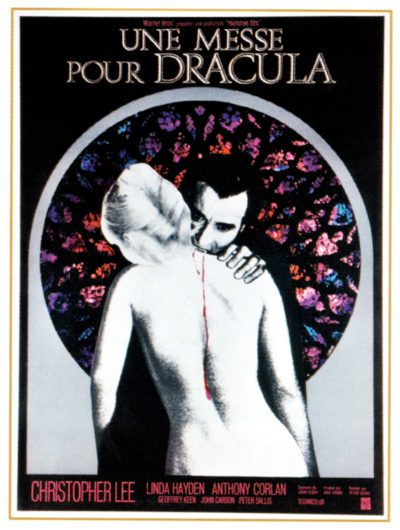 As mentioned in my original review (below), there’s a strong subtext about hypocrisy here. The leader of the trio, William Hargood (Keen), is a martinet to daughter Alice, refusing to let her see her boyfriend, Paul (Corlan). Yet he and his pals have monthly excursions to a whorehouse in the East End of London, run by the flamingly gay Russell Hunter [my first stab at that, autocorrect changed it to “flamingos guy”, which is… an interesting alternative]. The repressed Alice ends up emancipating herself. With a shovel. Though probably the film’s best scene has two female vampires turning the tables on a would-be hunter, impaling him with his own, F-sized stake.

Then there’s the ending, which is perhaps the worst in Hammer’s history – yes, even worse than To The Devil a Daughter. Paul ends up in the deconsecrated church which is Dracula’s lair, and reconsecrates it. I dunno, I’d have thought a priest of some kind would be involved in the process? Worse, the Count is unbothered by this, until he notices. It’s like Wile E. Coyote running off a cliff, but being unaffected by gravity until he looks down. And much like Wile E, Dracula also suddenly plummets to his doom, falling from a balcony onto the altar. I don’t know if the same fate was originally intended for Courtley; it’s a thoroughly unsatisfying way for Dracula to be dispatched.

Mind you, it’s not out of line with the dreadful poster (below), which implies some kind of Whoops My Fangs! farce, spoofing the “Drinka Pinta Milka Day” adverts of the time. Compare, say the far more tasteful French poster (above). It’s a lacklustre appearance for the Count in general, where even the usually reliable Lee appears to be phoning it in under the guise of contractual obligation. The film is also hurt by the switch in focus from fathers to their offspring. Particularly, Paul, who in no way justifies his heroic turn, barely doing anything of note before becoming a fearless vampire killer. There are some decent performances in the smaller roles, and no shortage of recognizable faces, including Peter Sallis and Martin Jarvis. But they really can’t salvage this.

Though Sasdy had plenty of television experience, this was his feature debut and that may have played into the film’s flaws. The lush style of Freddie Francis and Terence Fisher is replaced by a grubby and dark depiction of life around the turn of the 20th century (there’s a reference to horseless carriages, though the only carriages seen are thoroughly equine-powered). While not inappropriate for the story, it becomes a chore for the eyes, rather than a pleasure. If there’s one word to sum this up, it”s probably “ugly”: ugly people, doing ugly things to each other, against an ugly backdrop. 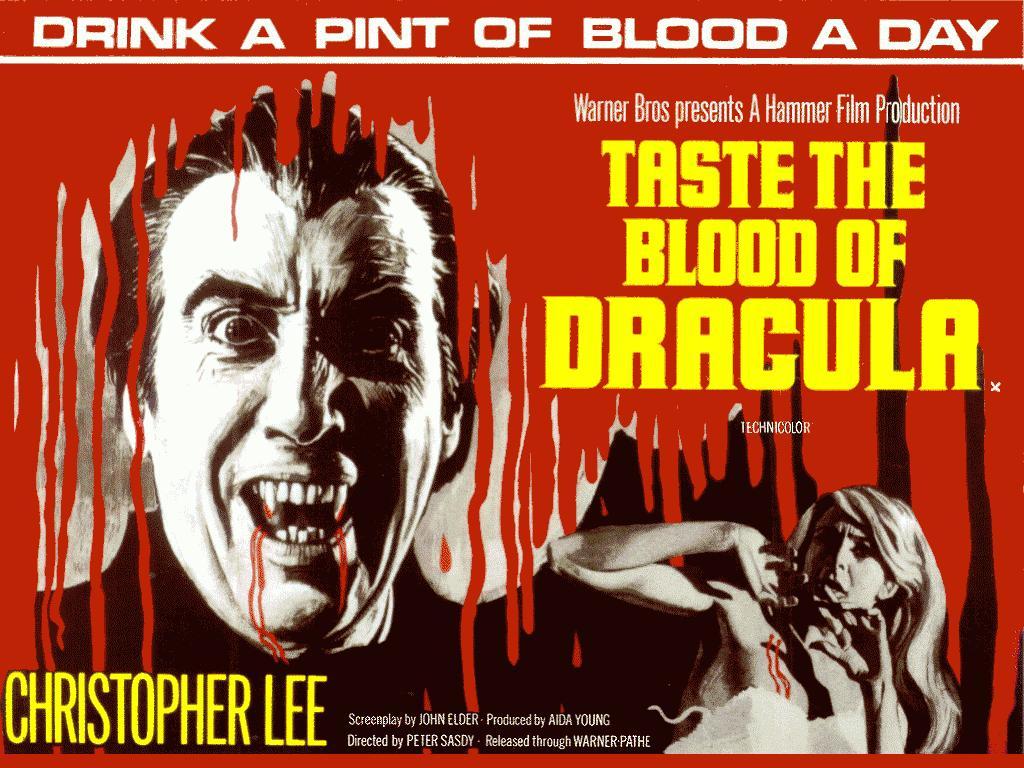 [August 2010] This takes place immediately after the events of Dracula has Risen From the Grave, with a travelling salesman stumbling across the remnants of the Count. He takes the relics – cape, clasp, and a tube of powdered blood – back to London, and provides them to a dissolute young rake, Courtley (Ralph Bates). He uses them in a black magic ritual with three older gentlemen looking for new kicks, led by William Hargood (Keen), but it ends in the death of Courtley, as his colleagues opt out. Dracula is, however, resurrected, sporting some of the coolest red eyes you’ll ever have seen, at least in the days before CGI. He vows to take on those responsible for the death of the disciple – not least Hargood’s young daughter, Alice (Hayden) and her secret boyfriend (Corlan).

The aim seems to be to say something about Victorian hypocrisy, with Hargood smacking Alice about for flirting “like a harlot” – before heading off with his cronies to an East End brothel (staffed, it must be said, by some singularly unattractive whores). Guess he’d know what “like a harlot” means. After the opening, it’s almost 45 minutes before Drac’s back, and while it’s somewhat amusing to watch one of the blokes from Last of the Summer Wine try to play a rake, that can’t quite carry the movie. The supporting cast has its moments, with the likes of Bates and Martin Jarvis providing credible support: it’s really the blandness of Corlan as the hero that derails things. The script hardly bothers with developing him earlier on, so when he is expected to command centre-stage and take control in the second half, it doesn’t work, because you keep expecting someone else to come forward. Add a climax that doesn’t make much sense, and I’d be hard pushed to call this one of the better entries.