The original title translates as “The Martfű Monster”, and that perhaps shines an additional light on the scenario here. It begins in 1957, when the murder of a young woman shocks a small rural Hungarian town, The police quickly get their man, Réti Ákos (Jászberényi), who confesses to the crime, even if his narrative is not entirely watertight, and he is quickly tried and convicted. Seven years later, however, more corpses start to turn up, and upcoming young prosecutor Szirmai Zoltán (Bárnai) arrives to investigate. He suspects a connection to the previous murder, and with the supposed perpetrator enjoying a rock-solid alibi of being in jail, begins to ask awkward questions. Teaming up with the cop who was in charge of the original investigation, Bóta Nyomozó (Anger), Zoltán begins to pick away towards a truth some would rather was left buried. 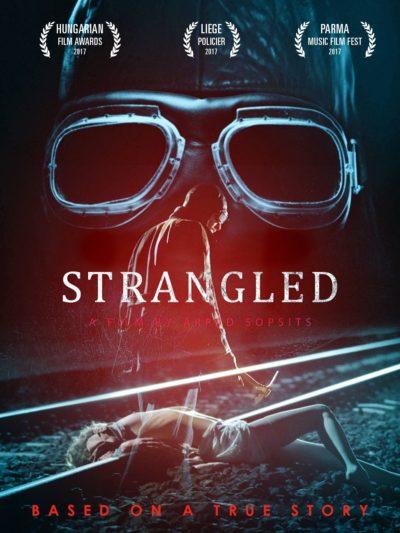 The horror elements here come from the very up close and personal look at the life of the killer, Bognár Pál  (Hajduk). That’s no spoiler, since his identity is revealed early on, as we see him in exceedingly grim action – let’s just say, the death of his victims is not the end of his interest in them. He is not the archetypal loner; he’s more like Yorkshire Ripper Peter Sutcliffe, in that he’s a married man. Indeed, his wife is even one of his early victims, fortunately non-lethally, after he fails to recognize her because she is wearing a wig and in the dark. Hey, it is a small town. That reality check barely gives his murderous inclinations pause. Meanwhile, Ákos is falling apart in prison, not least because the authorities who put him away have no interest in letting his appeal be heard, as this would expose their failures.

Opening with a “Based on a true story” caption, this seems actually closer to the truth than most users of that trope. Though the name of the killer was changed from Péter Kovács, the crimes did take place, and an innocent man spent 11 years behind bars – the killer attacking his wife does, however, appear to be a dramatic invention. While well-enough crafted, I’m just not sure what the particular point is. We don’t get much insight into the killer’s mind-set, and depicting the lazy corruption of the Communist authorities in charge during that era, hardly counts as ground-breaking. The killer’s resemblance to a dark version of MC Bat Commander from The Aquabats is also kinda awkward.

It’s perhaps the impact on Ákos that is the most memorable, beginning with a particularly nasty bit of prison-rape, and going through a suicide attempt in which he rips his wrist open with a needle. These incidents illustrates the almost relentlessly dark tone here. Running over two hours, it feels as if some tightening could have helped, unless you are especially interested in the bureaucratic shenanigans of the Eastern Bloc at that time.