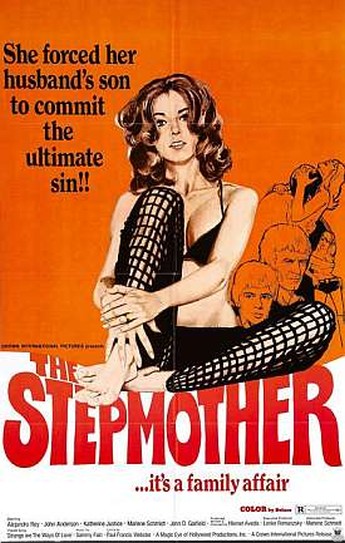 This one was actually nominated for an Oscar: I should rapidly add, it was in the Best Original Song category, going to Sammy Fain and Paul Francis Webster for the song Strange Are the Ways of Love. That, and the presence of cult icon Claudia Jennings in a supporting role (and doing full-frontal nudity), are probably the most interesting things about this pot-boiler – I expected to see “A Quinn Martin Production” roll across the screen. Frank Delgado (Rey) comes home unexpectedly to find a friend leaving his wife Margo (Savage) under dubious circumstances and, in a fit of jealousy, he kills the man. Inspector Damezi (Anderson) investigates the case, but things are complicated by the presence of another body, murdered the same way, also found nearby. While it’s entirely separate, this muddies the waters, until Frank’s business partner in the construction industry takes a fall off a roof. That’s when the relationship stuff kicks into high-gear with the widow (Schmidt) not wasting any time going after Frank, while Margo sets her incestuous sights on their stepson, back from college in Mexico.

As you’ll notice, the title and poster are seriously inaccurate, with Frank easily the central character. There’s also a somewhat odd visual style, with the use of freeze-frames to a degree that had me wondering if there was something up with the DVD. Then there’s the ending, which uses that technique in a way that defies description, and the occasional moment where Frank starts hallucinating. However, it’s otherwise little to write home about, largely pedestrian and with few memorable elements. Anderson does quite a nice turn as the dogged investigating cop, and as a fan of CSI, you realize how very different police work was in the early 1970’s. None of the other cast members make an impression, and as noted, the script takes more than an hour to realize the movie is called The Stepmother and not The Architect with Anger Issues. While mis-direction was always a staple of the drive-in, it still feels like a cheat to the viewer.