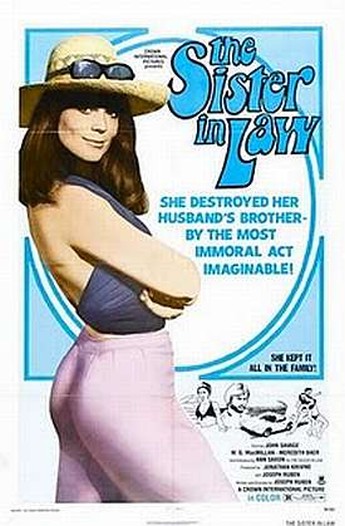 Despite the title, the plot revolves around writer Robert Strong (MacMillan), and the film mostly focuses on his brother Edward (Savage), who returns to the family home to find Robert’s marriage to Joanna (Saxon) on the rocks, since he’s now shacked up in the city with Deborah (Baer). Joanna – who would be the titular relative, I guess – sets her sights on Edward, to complete her set of Strong brothers, but he’s really more interested in Deborah. and Robert seems to have surprisingly-few objections to either entanglement. That’s because he has issues of his own to deal with; the income from his writing career having evaporated, his gambling habits have left him deep in debt to organized crime, and they have now turned him into their errand-boy, delivering packages for them. When Robert ends up recruiting Edward, and finds out the exact nature of what he’s transporting, it sets off a chain of events which will lead to a tragic conclusion at the side of the road.

I don’t know why I’m being so circumspect, since the poster (right) certainly doesn’t bother, though we saw the ending coming quite some way ahead. This was Ruben’s debut, a long time before he’d hit mainstream Hollywood with films like Sleeping With the Enemy, and takes a long while to get beyond a four-sided soap-opera triangle, albeit one with a lot more nudity. It seems that about half the actresses’ scenes involve disrobing or minimal clothing, and there’s also a bizarrely-unexplained catfight in a swimming pool, which the brothers just watch from inside the house. When the film finally stops with the family wranglings and get going, it does improve somewhat. Edward’s attitude towards his unwanted business partners gets him deeper into trouble with them, and he’s then forced to make some difficult decisions if he wants to escape. It’s too little, too late to stop this from being a disappointment. Also of note is that Savage wrote and performed the soundtrack for the movie. Let’s just say, it’s easy to see why he mostly stuck with the acting thereafter.