This could perhaps be described as a “mind-control roughie”. It begins with a failed assassination attempt on an ambassador, and then quickly proceeds to the abduction of Mila (Davydova), a young English teacher in Russia. She wakes to find herself in an underground basement, and the psychological torment begins, at the hands of a masked guard (Gagarin). The first rule of her incarceration is that Mila is not allowed to sleep, and over the course of the week or more which follows, that helps unhinge her mind, along with various bits of torture. She’s locked in a coffin with rats; hears the voice of her aborted foetus, berating her; and spends all night in a virtual reality nightmare. We get to experience a few minutes of the last, and it’s like Terry Gilliam on crack. Give me a few hours of that, and I’d do anything my captors wanted. 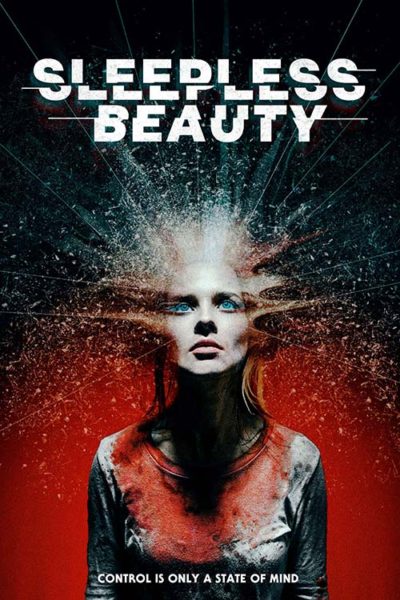 The aim of the exercise is to break her down, so she can be reformed into an assassin. Simultaneously, whoever is behind the operation – it’s not clear who that is – is also live-streaming the event online, on some kind of pay-per-view channel. Hey, I guess even shadowy mind-control organizations can use some extra funding. The chatter of the watchers offers a sardonic view of proceedings, albeit at the level you’d expect from a YouTube comments section. Without saying too much, the ending makes it clear that the experiment on Mila has been successful, proving the effectiveness of the technique, and the operators are now moving on to the second phase.

Considering you spend about an hour of this watching someone’s psyche being systematically destroyed, it’s easier to endure than you might expect. There is a definite structure to it, and even if the subplot involving the search for Mila doesn’t go anywhere, it does at least allow the audience to come up for air, before the next bout of carefully targeted unpleasantness. The lack of motivation for her captors works both for and against the film. On the one hand, it’s a blank slate, onto which the viewer can project whatever group they feel appropriate. FSB? KGB? Religious extremists? You decide. But this is something of a cop-out, and does mean it lacks the impact of something like Martyrs or Videodrome, where the philosophy was clearly and explicitly laid out.

The latter, in particular, seems an inspiration, nodded at by the VR headgear (top) into which Mila is forcibly strapped on a nightly basis. However, by taking its heroine out of her everyday life, in contrast to Max Renn, I think it does rob the collapse of her mental stability of some power. Rather than experiencing thing as she does, we are very much observers rather than participants – perhaps making the same kind of sardonic comments as those watching on-line. It is certainly a different experience, and while well-enough crafted to make for interesting viewing, does not feel as if there’s enough depth to merit a return.