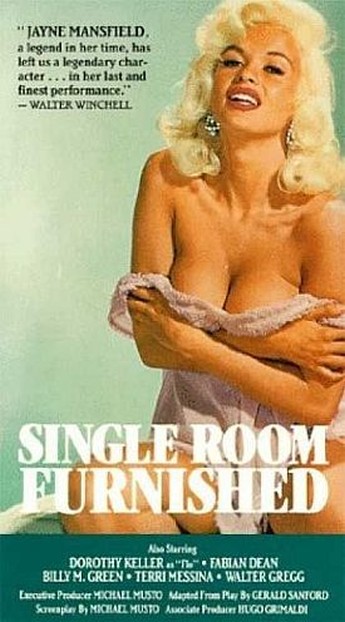 Jayne Mansfield’s final film opens, bizarrely, with an introduction by journalist Walter Winchell, assuring us that Mansfield can act. Well, that’s a relief, since the evidence of this downbeat piece of work is rather less conclusive in the matter. It definitely feels more like the stage-play on which it was based, with a static approach, centering on an apartment building where one of the young residents (Messina) is upset with her mother’s controlling approach. As a cautionary tale, the caretaker tells her of Johnnie a.k.a. Mae a.k.a. Eileen (Mansfield), a girl who married too young, leading into a downward spiral of unwanted pregnancy and prostitution, bringing her into contact with other locals, such as “confirmed bachelor” Charley (Dean) and lonely fishwife Flo (Keller). Their roles were expanded after Mansfield died in a car crash before the picture was completed, and it’s probably for the best. They are certainly more credible than watching Mansfield, by then in her mid-30s, play someone who had allegedly just finished high-school.