If Nicolas Winding Refn were to film a Takashi Miike script, with additional dialogue fished out of Quentin Tarantino’s garbage can… Yeah, it might end up like this spectacular and hyper-stylized mess, drenched equally in neon, blood and other body fluids. It takes place in Tokyo, even though everyone speaks English, and is the story of Irene (Okamoto) and Gaven (Tiharo), both workers for organized crime. She’s a pimpstress; he’s an enforcer. Neither are exactly happy with their lot, for one reason or another. In Gaven’s case, he fills the void which is his life, with copious quantities of drugs and meaningless sex. Meanwhile, a serial killer called the Train Track Ripper is kidnapping women, and trying them to the railway, to be run over while he videotapes their deaths and masturbates onto them. As you do. 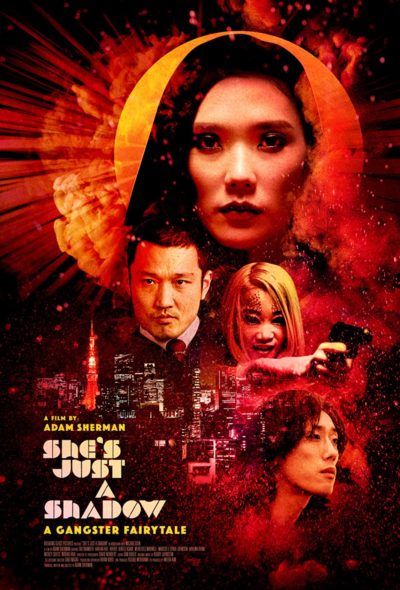 Rather than a traditional review, I’m going to start by listing ten sample chunks of dialogue from this film. There are times when you sense the makers are trying to be deliberately overblown in the character’s speech. These are not those occasions.

You will certainly spend more time laughing derisively at the film, rather than with it. It seems Sherman may be aware of the weakness, and tries to compensate with copious quantities of nudity and violence. Except little of it has any impact at all. Save, perhaps the sequence where Irene’s main thug mercilessly beats up a crippled homeless girl, punts her dog clear over the next building, and then gets mown down by a truck as instant karma. I will admit to having genuinely LOL’d there.