A fairly shameless bit of retitling, though to the Russian maker’s credit, it seems to belong more to the Western distributor. I can see the similarities, with Epifantsev playing a very Jason Statham-like character in Egor Kremnyov. He is part of a team assigned to go to Malta and pick up a key witness, Shering (Astakhov), in a corruption case. The rest of Kremnyov’s team get slaughtered on arrival, but he manages to find the witness, and take him to safety. Getting Shering off the island, however, will be a different matter, with both of their descriptions now circulated to the Maltese underworld, as the subject of the case tries to make sure there will be no incriminating testimony. 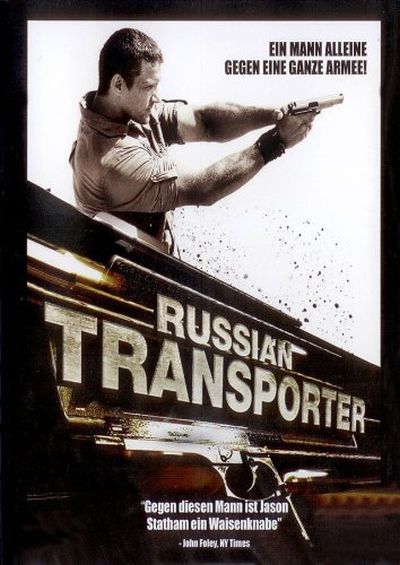 It isn’t quite as simple at that. There’s a mole in Egor’s organization, feeding information to those hunting him. To help, his boss sends another operative, Nadezhda Orlova (Fadeeva). Yet, can she be trusted, or is she part of the problem? For it’s curious that, as Egor discovers, those hunting him and Shering are under instructions for Shering to be captured alive, rather than just taken out of the picture. There seems to be more to this situation than meets the eye. Ah, who cares? Let’s have another chase, fist-fight or someone getting killed (in impressive fashion, it has to be said) by a gigantic falling chandelier.

To be honest, that’s the only time that this really comes alive, Pogodin has an enthusiasm for carnage that almost (but not quite) papers over the limited attention given to characters and plot. I was most amused by the way Egor uses his incredible bullet-proof suitcase to fend off attackers (top). They, in turn, seem physically incapable of directing fire at the roughly 80% of large Russian gentleman which is not protected by said luggage. If Samsonite weren’t one of the producers of this movie, they were missing an opportunity. In the general area of action, it’s likely the equal of any Hollywood B-movie, and makes good use of the streets and alleys around the Maltese capital, Valletta, as well as Epifantsev’s considerable physical presence. You sense his character probably has a Vladimir Putin poster hanging in his bedroom.

However, when the bullets, fists and chandeliers aren’t flying, it’s considerably less entertaining. There’s an effort to create some kind of relationship between Kremnyov and Shering, that falls staggeringly flat. Maybe in Russia, shooting someone in the leg is some kind of spiritual bonding? Similarly, Orlovva appears to be present purely to avoid the two men getting too close to gay subtext. The plot is boilerplate conspiratorial nonsense, and proves almost impossible to give a damn about. Indeed, I actually spent one particularly wordy period filling out my COVID-19 vaccination form. This is not what I’d call preferred behaviour during an action film. Slap this on in the background, get your vodka in, and it’ll be tolerable.