Ayako (Tahara) and Tamaki (Shiozaki) share a house. They don’t see much of each other, because Tamaki works nights, as a hostess in a bar, while Ayako has a more conventional job in an office. Still, they have a deep friendship, teetering on the edge of something more, as a sequence of gratuitous finger-sucking (above) makes clear. They share a bed, yet not in that way. It’s all kinda odd, and there’s a definite sense Tamaki is more committed to the relationship. Or perhaps, just should be committed, if you get my drift. Matters begin to get out of hand after Ayako’s long-absent father pays a visit, initially mistaking Tamaki for his daughter. He then goes missing, although a large, mysterious bundle then appears in the fridge…

The low budget here is apparent in a number of ways, most obviously the low-def video look to proceedings. Throw in the basically single location, plus a cast that can be counted on one hand, and we’re deep into the cheap end of horror cinema. That’s not necessarily a problem; I am, though, less inclined to forgive the poor pacing. After Dad’s visit, I was expecting things to ramp up, both dramatically and arterially. They don’t, instead opting to go into a bit of a holding pattern, save for the investigative efforts of a nosy neighbour. It’s hardly a spoiler to say, there is a lesson to be learned from her fate: if there’s a bad smell in your area, do not enter anyone’s house uninvited to investigate it. [See also: Dahmer, J] 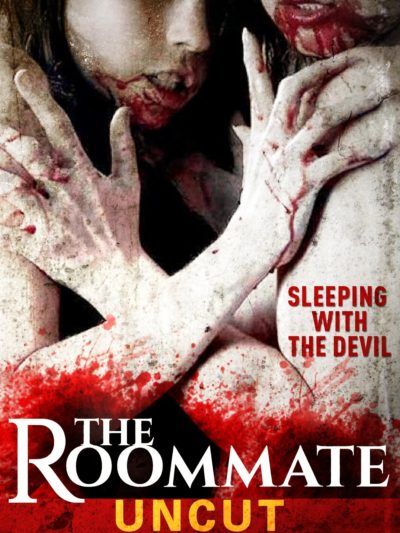 I was confused by certain elements, such as why Ayako is so impervious to the odour, which is capable of attracting the neighbour’s attention from the street. This is, I guess, explained: your mileage may vary as to how convinced you are by the justification. We are, I’d say, near a giallo style of plot resolution, and airtight scripting was never their strength. Does the final twist make sense, when it’s revealed by the neighbour’s husband? Let’s just say, it didn’t annoy me so much as the sleeve boldly touting its “uncut” status, when by Japanese standards, this is closer to a PG-13 certificate. [And don’t confuse this with Roommate, the not dissimilarly themed Japanese film from 2013]

The final ten minutes do have a bloody madness to them which is satisfactory, and if you’re limited in resources, you might as well concentrate them in a memorable climax. This probably won’t overcome the underwhelming nature of the previous hour, yet at least sends the viewer away feeling like his time was not entirely wasted. Nagaoka has done a decent job of knowing his limitations, and crafting his movie to fit inside them; there’s never a point where this goes beyond its resources. On the other hand, I was left feeling the envelope could still have been pushed further, without additional expense. What results is unlikely to make much impression.