I’m not sure if the director is an Arizona resident, but this is the second film of his to be shot just up the road from here in Sedona. The previous one – the clue is in its title, Sedona – also starred Shaye, but was a bit more of an ensemble piece. Here, Shaye is front and centre, and a delight to watch. She’s been an actress I’ve enjoyed seeing perform since well before she became a cult star with Insidious: probably all the way back to 2003’s Dead End. Often thought of as a “character actor,” it’s nice when she gets the chance to prove she can do more. Here. her performance is the best thing about the film, held back by some lacklustre other elements. 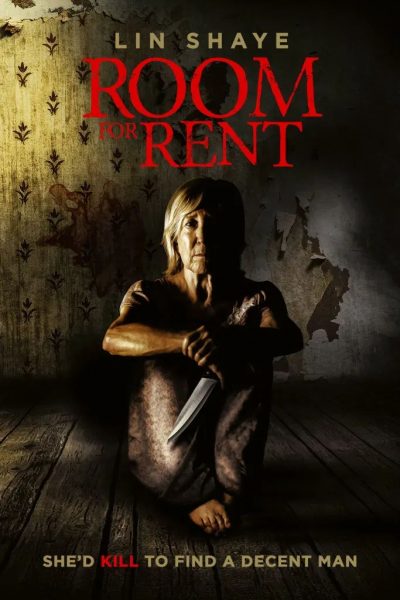 She plays Joyce Smith, an elderly woman who has just lost her husband. Turns out, the assets bequeathed to her are tiny (there’s an odd cameo by WWE/AEW ring announcer Justin Roberts as a bank official), and she decides to rent out the spare room in her house, to make some much-needed cash. Her first guests include a young aspiring writer, Sarah (Miller), with whom Joyce forms a bond. But things really kick off when a hunky guy, Robert (Rayon) takes up residence. She views him in a weird way, somewhere between a son and a potential lover – early on, there’s a scene where she’s hanging out at a local skatepark, which has a similar, borderline creepy vibe. Initially, Joyce is a sympathetic character, a lonely woman whose life now lacks direction or any real meaning. But as her unrequited obsession with Robert increases, things become darker. And when Sarah returns, hooking up with Robert… Hello, good evening and welcome to the psycho-biddy genre, with Shaye as a modern-day Joan Crawford.

She’s great.  The rest of the movie… not so much. Indeed, she’s largely operating in a vacuum, with neither of the other main characters making much of an impression at all. It’s strongly hinted that Robert is a drug-dealer, but this angle is never developed or becomes of any significance. Indeed, I can’t think of many drug dealers who would seek out accommodation alongside a woman in her seventies without good cause – something the film never provides. Sarah, meanwhile, exists because the plot needs her to: from the moment she returns to the B+B, meeting Robert, it’s clear what will happen. She comes over as little more than an obvious plot contrivance, for the sole purpose of pushing Joyce over the edge. Though even there, the film ends not with a bang, but a whimper.

Still, thanks to Shaye, watching Joyce fall apart has a horrible fascination that negates many of the flaws. I can’t believe no-one has yet put her in a horror film with the other great septuagenarian genre actress called Lin (okay, Lynn): Ms. Lowry. Cast them as bickering former scream queens, and it would seem to have the potential to become this decade’s version of Whatever Happened to Baby Jane.