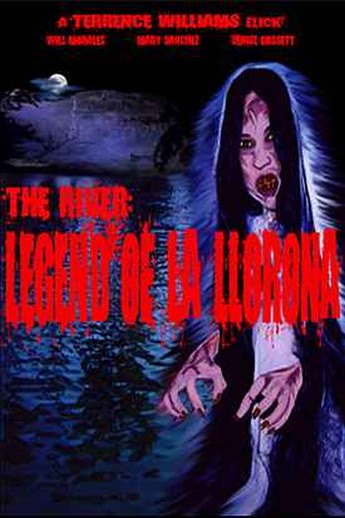 The figure of La Llorona is a staple of Mexican folklore: with some variations, the story is of a woman, abandoned by her husband, who drowns her children in a river. As a result, she is doomed to haunt the location of her crime for eternity. It’s an interesting idea, ripe for a spooky cinematic telling that’s full of atmosphere. Unfortunately, The River is not that film, its poverty-row production values eventually proving too much of a distraction: for example, any sense of history is largely derailed by the movie obviously being shot in a suburban California housing development. Here, the focus is on Miguel (Morales) whom we first see with a bound-and-gagged woman in the back of his car. After an accident, he’s forced to take refuge in an inn, from where a web of deception, murder and paranormal activity then unfolds.

The makers, like many low-budget auteurs, seem proud of the fact this was shot in only six days. But let me point out, it’s only good when you’re Roger Corman or Jim Wynorski, and time is money. Here, the results look appallingly rushed, in almost every way, and especially the use of blue-screen, often to little apparent purpose. For amateur film-makers, time is your ally; with no deadlines to meet, if you take months to get it right, so be it. Sure, though a long shoot increases cast availability and continuity problems, the end-result looks much better. Bad Taste took four years to film: that helps explain why Peter Jackson is now a god among directors, and Terence Williams is not. There are two more in the Llorona series, the last one shot in three days. Can’t honestly say I’ll be seeking them out.